Over at the Washington Monthly, David Atkins accuses me of sustained contrarianism:

There is a growing amount of contrarian analysis these days suggesting that Americans really aren’t so angry about the economy after all….Washington Monthly alum Kevin Drum hammers away at this theme again and again….In most cases, these writers are trying to use broad quantitative data about economic satisfaction to explain away what seems to be obvious on its face, which is that Sanders and Trump are both running economic populist campaigns that have resonated deeply with large and different sections of the electorate.

This is….absolutely correct. I have been doing this. And Atkins fights back with a strong case against my contrarianism, one that I’ve been expecting for quite a while but haven’t really gotten until now:

The corollary to this argument is that it’s not economics but raw racism that is driving Trump’s success, and that Sanders’ success is a factor less 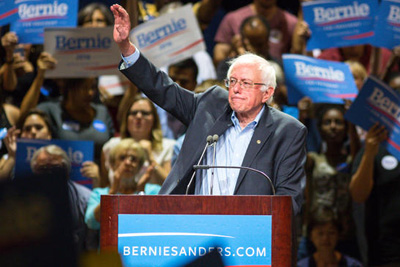 of economic anger than some combination of sexism and cult of personality.

To believe these things, of course, you would have to assume that voters aren’t actually being inspired by the rhetoric and policy positions of Sanders and Trump but by other factors they’re subtly tapping into….You would, in essence, have to ignore all the qualitative data in front of you showing what people say in their own words, in favor of polling data about their generic feelings about the economy or their own current personal economic situation.

That would be a mistake.

One of the most important things to realize about economic anxiety in America today is that it is broadly independent from whether you have a job, or even whether you are doing well personally at the moment. I personally know many people who are making over $100K household income and are generally content with their employment situation personally, but are still angry about the unfairness and instability of the economy in general. Just because a college student is having a fairly good time and believes they can get a decent job coming out of school, doesn’t mean they aren’t upset and concerned about paying off tens of thousands of dollars in student loan debt. Just because a 1099 worker or independent contractor is doing OK financially now, doesn’t mean that their lack of stable health insurance and social safety net if something goes wrong isn’t a big concern to them.

Yes. Ignoring qualitative data is dangerous and dumb. If you talk to people and they tell you things, you need to pay attention. It doesn’t mean you take everything they say at face value, but at the very least you have to take them seriously.

But here’s the thing: this is what originally motivated my skepticism. There was tons of qualitative data suggesting a great deal of anger over economic unfairness, but the quantitative data showed nothing. Literally nothing. It’s almost impossible to find any data, polling or otherwise, that suggests economic stress is significantly worse than usual. 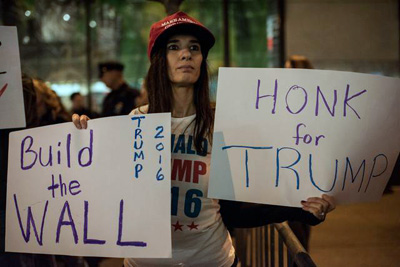 is whether there are more of them this year than usual. I’m not yet convinced there are.

What makes this worse is that every four years for my entire adult life I’ve been hearing this same story. Every election year, Time magazine sends Joe Klein or some other worthy out to the heartland to talk to real people, and every time they come back and write long cover stories about how angry people are. Every. Single. Election. I guess I’ve gotten a little jaded about it.

In any case, the reason I keep hammering on this is because I want to understand this disconnect between qualitative and quantitative assessments. If people really are angrier than usual, it ought to show up somewhere. Why doesn’t it?

POSTSCRIPT: So what does account for the popularity of Bernie Sanders and Donald Trump? Here’s my guess:

There’s a lot more, of course. But if you asked me for a nickel summary, this would be it.