Jared Bernstein says that Donald Trump has a legitimate point about the problems with American trade agreements:

The process by which they’re negotiated is undemocratic, they uplift investor rights over sovereign rights, they reverse the order in which certain challenges should be tackled, and they fail to deal with currency issues. But globalization cannot nor should not be stopped. Done right, it delivers great benefits to advanced countries through the increased supply of goods, and it helps improve the living standards of workers in developing countries 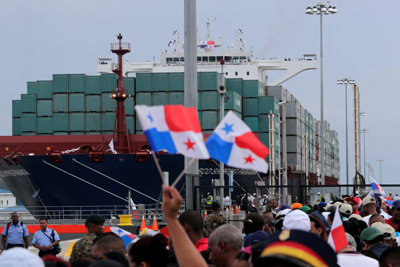 through profits made from trade with wealthier nations. Trump’s tariffs would undermine all of that.

Most liberals agree with this criticism. Until Trump, in fact, opposition to trade deals was mostly limited to liberals—and still is, judging by the number of Republicans who oppose Trump’s trade agenda. But as Bernstein says, international trade is basically a good thing. So what should we do to make it fairer? Tariffs and trade wars aren’t the answer. Here are Bernstein’s five recommendations:

Take action against those who suppress the value of their currencies relative to the dollar.

Change the sequencing of labor and environmental rights. Any benefits to partners in terms of market access must be preceded by confirmation that labor and environmental rights are enforced. That means that countries we enter trade agreements with must offer sustained evidence that conditions on the ground have improved, and that we withdraw trade benefits when there’s evidence of backsliding.

Relocate risk in investor disputes. The current Investor-State Dispute Settlement (ISDS) process is set up in such a way that investors in countries that are signatories to trade deals can, through non-elected tribunals, override the sovereign laws of developing countries….The answer to this problem is to shift this risk away from the broader public and back to the investors themselves. The way to accomplish this is by taking ISDS out of future trade agreements and insisting that investors privately insure themselves against investment losses.

Take a public welfare stance toward patent and copyright protections. Trade agreements should not increase protectionism. They should not extend patents or limit the competition that reduces prices and increases access to needed medicines.

Sunlight disinfects trade agreements. The trade agreement process is uniquely secretive and exclusive — and as a result non-representative of the views of millions of people affected by the deal….This level of secrecy must end. We’re not talking about nuclear codes but about the formulation of policies that will affect the everyday economic lives of every American. US-proposed text and then the texts of agreements after each negotiating round ought to be made publicly available.

Personally, I think the second point is the most important. We talk endlessly about protecting labor in these agreements, but nothing much ever really happens. The only way it will is to insist that labor rights come first, before markets are opened up.

Conversely, I’ve never been convinced that ISDS is quite the villain it’s made out to be. I’m open to argument on this score, but trade agreements always need some kind of enforcement authority outside the nation states themselves, and ISDS is one of them. It’s been around for a long time, and really doesn’t seem to have done any harm to US interests.