A couple of weeks ago Hillary Clinton announced a plan to rein in excessive price increases by pharmaceutical companies. It was a hot topic at the time thanks to outrage over the 6x price increase of the EpiPen. However, if my sleuthing is accurate, Clinton’s plan wasn’t covered at all in the print editions of the New York Times and Washington Post, and got only a short blurb in the Wall Street Journal.

Today Donald Trump announced a modest child-care and maternity leave plan that was almost comically underfunded. The New York Times produced a long front-page story. The Washington Post ran a long story in the A section and added a second analysis piece online. The Wall Street Journal provided Ivanka Trump with prime op-ed real estate to tout her father’s plan. That’s some great coverage! And all of these pieces barely mentioned that Trump offered no remotely plausible way to pay for his proposal.

I suppose you can argue that Trump’s child-care plan is more important than Clinton’s drug pricing plan. Or that an actual policy proposal from Trump is so rare that it’s big news no matter what. Or that Republicans don’t normally propose spending money on people in need.

Sure, I guess. I mean, I realize that the marvel of the dancing bear is not that the bear dances well, but that the bear dances at all. Even so, it sure seems like the press really doesn’t care about Hillary Clinton’s policy proposals—oh God, another boring white paper from Hillz—but swoons every time Donald Trump blurps out one of his laughably ill-thought-out ideas—he’s using Ivanka to appeal to suburban women, we gotta get on this! But that’s editorial judgment for you. I’m sure the pros know what they’re doing. 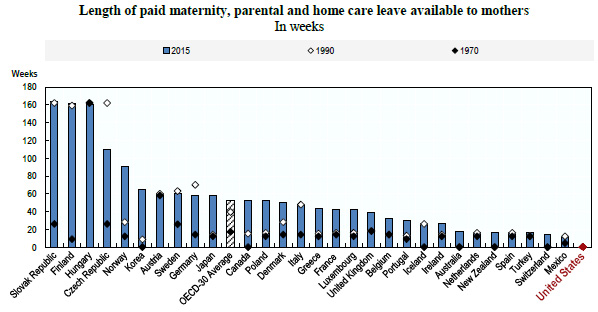 POSTSCRIPT: Can I gripe about something else as long as we’re on the subject? Thanks. Here’s the New York Times:

But in selling his case, Mr. Trump stretched the truth, saying that his Democratic rival, Hillary Clinton, has no such plan of her own and “never will.”

The Washington Post doesn’t even mention this, and needless to say, neither does Ivanka Trump’s bit of puffery in the Journal. So props to the Times. But seriously: stretched the truth? As Trump knows perfectly well, Hillary Clinton has been pressing for better child-care and family leave policies for decades, and her current proposal has been on her website for months. It’s far more extensive, more generous, and better thought out than Trump’s.

This is why Trump feels like he can simply say anything he wants, no matter how ridiculous. The obvious way to describe Trump’s statement is to call it a lie. That’s what it is. Instead, it either goes unmentioned or, at best, gets tiptoed around inaccurately. In what way, after all, did Trump “stretch the truth”? That implies there’s some kernel of truth to what Trump said, but he exaggerated it. But that’s not what he did. He just lied.