I read quite a few complaints last night about Lester Holt’s choice of debate topics. Liberals wanted to know why climate change didn’t come up. Conservatives thought there should have been a question about abortion. This is run-of-the-mill stuff, since not everything can possibly get covered in a 90-minute show. But the biggest conservative complaint was that Holt didn’t ask Hillary Clinton about her emails or the Clinton Foundation. Except that he did:

HOLT: He also raised the issue of your e-mails. Do you want to respond to that?

CLINTON: I do. You know, I made a mistake using a private e- mail.

TRUMP: That’s for sure.

CLINTON: And if I had to do it over again, I would, obviously, do it differently. But I’m not going to make any excuses. It was a mistake, and I take responsibility for that. 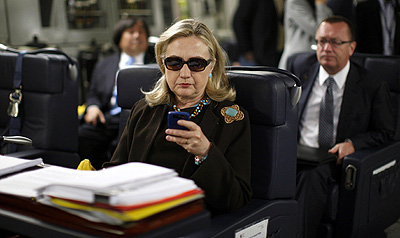 And that was it. Trump had the opportunity to go after Clinton’s emails at length if he wanted to, but he didn’t. Why? Because he was steamed about Clinton’s suggestion that he might not be as rich as he says. So he ditched the email stuff and instead spend a couple of minutes defending the greatness of his income, his company, his debts, his bankers, his buildings—and then sort of forgot what he was talking about and wandered off into a riff about how terrible our infrastructure is.

In other words, typical Trump. But there’s more to this. I think Clinton owes the press some thanks for going so far overboard on the emails and the Clinton Foundation over the past year. Here’s what happened earlier this month:

First, the FBI released its report on Clinton’s emails. It exonerated her almost completely, but a few days later Matt Lauer obliviously spent a full third of his interview with Clinton on the emails anyway. Lauer was widely pilloried for this. Two days later the Washington Post—which had reported on the emails as assiduously as anyone—finally admitted that the email story was “out of control.”

On the Clinton Foundation front, August and September saw a rash of stories about specific people and programs associated with the foundation. They all “raised questions” or “cast a shadow” over Clinton’s campaign, but none of them uncovered anything even close to wrongdoing. By mid-September, this had become almost a running joke.

In both cases, the mountain of reporting on these topics finally crumbled under its own weight. They had both been investigated endlessly, and in the end, had uncovered nothing aside from a few minor misdemeanors. It finally became clear that reporters were chasing after a chimera, and the bubble burst. It was time to move on.

That’s probably one reason that Holt didn’t spend any time on either the emails or the foundation. I’m sure they’ll come up in one of the future debates, but they’ve been largely defanged. There’s just nothing much there anymore.