Why did Hillary Clinton handle her email account the way she did? Generally speaking, the focus has been on the possibility that she wanted to keep her official emails on a private server so they wouldn’t be accessible to the public via FOIA requests. I think this is probably wrong, but before I explain why, I want to lay out the following fact pattern:

When you put all this together, it leads to an obvious conclusion: Hillary Clinton did want to protect her emails from FOIA, but the emails she was concerned about were her personal emails. Unfortunately, her initial decision to use only a single email account—probably because she was technically illiterate and simply didn’t understand why this was such a bad idea—turned everything into a circus. Before turning her records over to State, she had to carefully pull out all the personal emails and then make it clear that she wanted them deleted so they could never, ever be retrieved. Her experience led her to believe that personal or not, if they were somehow accessible they would be subpoenaed and leaked and everyone would go bananas over them.

So her staff complied. Once the official emails had all been turned over, they ordered the electronic records deleted, the hard disks erased with BleachBit, and the backups destroyed, along with a new retention policy that all of Clinton’s personal emails would be deleted after 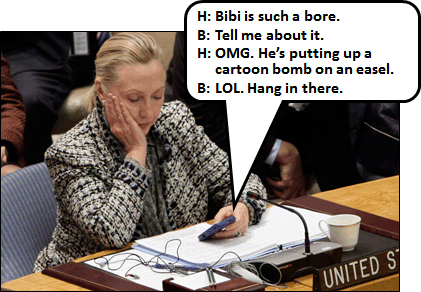 I believe the fact pattern of Clinton’s email usage fits this conclusion far better than any other. We’ve now seen tens of thousands of Clinton’s official emails—more than we’ve ever seen from any other high-level federal official—and they’re boring as hell. We’ve seen emails that were deleted and then recovered from other people’s accounts. They’re boring as hell. The vast bulk of them are short conversations with a handful of close aides, and are largely restricted to the tedious minutiae of press releases, talking points, schedules, and other day-to-day matters.

What’s more, paranoia over exposure of her personal emails fits perfectly what we know about Clinton’s character. She distrusts Republicans in Congress, she distrusts the press, and she feels that both will take any chance they can to embarrass her with out-of-context leaks of her personal life. Whether or not you think this attitude is justified, it’s unquestionably the attitude she has.

One final note: I’m a partisan. I’m keenly aware that I’m motivated to find innocent explanations for Clinton’s actions—partly because I like her, and partly because I don’t think she’s shifty and scheming. Obviously you have to take this into account. Nonetheless, I think the evidence pretty clearly points in one direction: Hillary Clinton was concerned about her personal emails being made public, and after her initial bad decision to use a single account for everything she was stuck. Anything she did to erase her personal emails would inevitably affect her official emails too. She never cared about those, but everyone else did.

1I think this is true. If anyone knows different, let me know.