The FBI reported today that the murder rate in the US was up 11 percent in 2015. That’s a pretty big jump, and I don’t want to minimize it. Before we panic too much, however, it’s worth noting that the overall violent crime rate was up 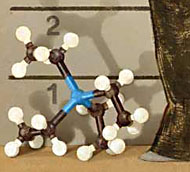 only 3 percent. The absolute number of murders is fairly small, which means that it tends to be more volatile than the overall violent crime rate.

If you’re wondering how I’ll make a connection to lead, here it is: this is probably a sign that we’re now firmly in a post-lead crime era. Thanks to the ban on leaded gasoline, the number of teenagers born in a high-lead environment has been falling for 20 years, and that’s produced a steady decline in the violent crime rate. But by now, pretty much everyone under the age of 30 has grown up in the unleaded gasoline era, and we’ve made only modest progress in reducing lead further.

What this means is that lead abatement has run its course. From now on, unless we do something about the remaining lead in soil and paint, crime rates will reflect other factors: drugs, guns, poverty, race, policing, etc. Unleaded gasoline has done what it could, and now the rest is up to us.

POSTSCRIPT: It’s worth noting that this applies mostly to North America and Europe. In much of Asia, South America, and the Middle East, leaded gasoline held on a lot longer. In those places, we likely have another 10-20 years of declining crime rates thanks to a reduction in the number of kids who grow up with lead poisoning.