I’ve written about this before in connection with the 4th Circuit Court overturning North Carolina’s new voting law, but today William Wan of the Washington Post takes a closer look at how the law took shape. It all started when Republicans finally installed one of their own as governor:

Within months of McCrory’s victory, emails show, the state election board began receiving requests for demographic data from a group of GOP lawmakers….They asked for statistics on voter behavior broken down by race: Who voted early, and who voted on Election Day? Who voted out of precinct?

They asked about what kinds of people were registered to vote but did not have a driver’s license….In another email exchange, officials at the University of North Carolina received a data request from Lewis. “I was asked by a State Representative about the number of Student ID cards that 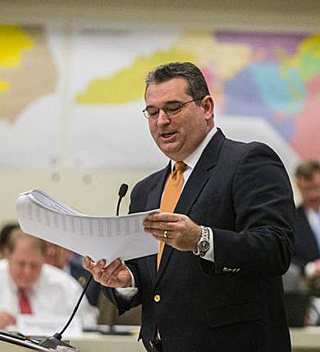 are created and the % of those who are African American,” a university official says to his lower staff. No explanation is given on why Lewis needs the data, just a plea to hurry on it. “He needs it in 2 hours or less.”

Literally within hours of the Supreme Court gutting the Voting Rights Act, Republican lawmakers in North Carolina began putting together their bill. As the 4th Circuit opinion stated, the bill targeted African Americans “with almost surgical precision.” Nonetheless, Rep. David Lewis, the ringleader of the legislation, was offended by the suggestion that race had anything to do with it:

Lewis said he deeply resented critics who have painted the bill and its supporters as racist. “When Democrats were in power, I may not have agreed with them, but I never questioned them personally or tried to impugn their reputations,” he said.

Longtime Republican consultant Carter Wrenn, a fixture in North Carolina politics, said the GOP’s voter fraud argument is nothing more than an excuse. “Of course it’s political. Why else would you do it?” he said, explaining that Republicans, like any political party, want to protect their majority. While GOP lawmakers might have passed the law to suppress some voters, Wrenn said, that does not mean it was racist.

“Look, if African Americans voted overwhelmingly Republican, they would have kept early voting right where it was,” Wrenn said. “It wasn’t about discriminating against African Americans. They just ended up in the middle of it because they vote Democrat.”

This is probably true, but also spectacularly tone deaf. If a law with a reasonable motivation happened to do some harm to bakery owners or accountants, we’d shrug. Every law has disparate effects, and it’s almost inevitable that some groups will do worse than others. 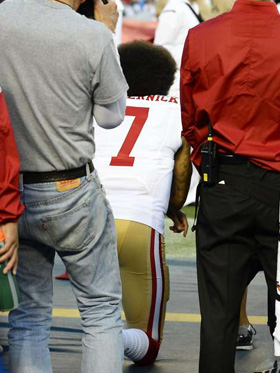 explaining. It hardly even matters if David Lewis is racist. He may have done what he did for reasons of cynical political calculation, but the effect was egregiously, indefensibly racist. It’s not even faintly plausible that he and the rest of the Republican caucus in North Carolina don’t know this.

That’s all bad enough. But here’s what’s even worse: four members of the Supreme Court voted to let this bill proceed despite the overwhelming evidence that it was almost entirely race-based. If we’re willing to spend weeks freaking out about Colin Kaepernick’s protest against racism in America, perhaps we could spend a few weeks freaking out about this too?