Alex Tabarrok draws my attention to an article in the New York Times Magazine this weekend. It’s about machine learning in general, but it starts out with this:

Late one Friday night in early November, Jun Rekimoto, a distinguished professor of human-computer interaction at the University of Tokyo, was online preparing for a lecture when he began to notice some 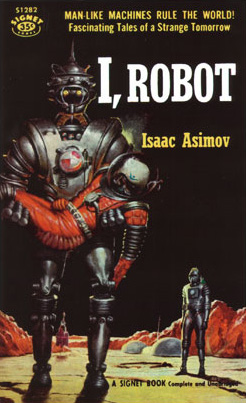 peculiar posts rolling in on social media. Apparently Google Translate, the company’s popular machine-translation service, had suddenly and almost immeasurably improved. Rekimoto visited Translate himself and began to experiment with it. He was astonished. He had to go to sleep, but Translate refused to relax its grip on his imagination.

That explains it! About a week ago I happened to be clicking some links from somewhere and ended up on a Chinese site. Just for laughs I ran it through Google Translate, and I was surprised at the quality of the text I got. It was much more readable than usual and seemed to be a pretty accurate translation. I chalked it up to either coincidence or the fact that I hadn’t used Google Translate in a while, and went on my way.

But no. Google Translate really has taken a quantum leap:

The Google of the future, [CEO Sundar] Pichai had said on several occasions, was going to be “A.I. first.” What that meant in theory was complicated and had welcomed much speculation. What it meant in practice, with any luck, was that soon the company’s products would no longer represent the fruits of traditional computer programming, exactly, but “machine learning.”

A rarefied department within the company, Google Brain, was founded five years ago on this very principle: that artificial “neural networks” that acquaint themselves with the world via trial and error, as toddlers do, might in turn develop something like human flexibility…It was only with the refugee crisis, Pichai explained from the lectern, that the company came to reckon with Translate’s geopolitical importance…The team had been steadily adding new languages and features, but gains in quality over the last four years had slowed considerably.

Until today. As of the previous weekend, Translate had been converted to an A.I.-based system for much of its traffic, not just in the United States but in Europe and Asia as well: The rollout included translations between English and Spanish, French, Portuguese, German, Chinese, Japanese, Korean and Turkish. The rest of Translate’s hundred-odd languages were to come, with the aim of eight per month, by the end of next year. The new incarnation, to the pleasant surprise of Google’s own engineers, had been completed in only nine months. The A.I. system had demonstrated overnight improvements roughly equal to the total gains the old one had accrued over its entire lifetime.

The robots are coming. Go ahead and scoff at the fact that some Uber cars ran red lights last week, but that doesn’t change anything. Every technology has hiccups at first, and AI is the biggest, toughest, and most important technology ever attempted. It will provide plenty of laughs over the next decade or two.

Until suddenly it doesn’t and the economy has permanently lost 20 million jobs—with many more to come. We’re not ready for that day, not by a long way. We should get started.