Back during the campaign, I was vaguely aware that the Russians had hacked not just the DNC, but the Democratic Congressional Campaign Committee as well. For some reason, though, I never put two and two together long enough to think about what this hack might mean. In my defense, no one else seems to have given it much thought either—despite the fact that hacked documents were showing up in local races all over the country:

The intrusions in House races in states including Pennsylvania, New Hampshire, Ohio, Illinois, New Mexico and North Carolina can be traced to tens of thousands of pages of documents taken from the D.C.C.C., which shares a Capitol Hill office building with the Democratic National Committee….The seats that Guccifer 2.0 targeted in the 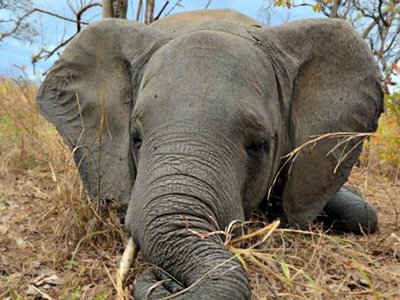 document dumps were hardly random: They were some of the most competitive House races in the country.

….In Florida, Guccifer 2.0’s most important partner was an obscure political website run by an anonymous blogger called HelloFLA!, run by a former Florida legislative aide turned Republican lobbyist. The blogger sent direct messages via Twitter to Guccifer 2.0 asking for copies of any additional Florida documents. “I can send you some docs via email,” Guccifer 2.0 replied on Aug. 22….“I don’t think you realize what you gave me,” the blogger said, looking at the costly internal D.C.C.C. political research that he had just been provided. “This is probably worth millions of dollars.”

The hacked documents played a big role in a Florida congressional primary between Annette Taddeo and Joe Garcia:

After Mr. Garcia defeated Ms Taddeo in the primary using the material unearthed in the hacking, the National Republican Campaign Committee and a second Republican group with ties to the House speaker, Paul Ryan, turned to the hacked material to attack him.

….After the first political advertisement appeared using the hacked material, [DCCC chair Ben Ray] Luján wrote a letter to his Republican counterpart at the National Republican Congressional Committee urging him to not use this stolen material in the 2016 campaign….Ms. Pelosi sent a similar letter in early September to Mr. Ryan. Neither received a response. By October, the Congressional Leadership Fund, a “super PAC” tied to Mr. Ryan, had used the stolen material in another advertisement, attacking Mr. Garcia during the general election in Florida.

The basic story here is simple: the Russians hacked, the media gave the revelations big play, and Republicans gleefully made use of the Russian agitprop. Altogether, the Russians released hacked documents from four different sources:

But nothing was ever released from any Republican sources—despite the fact that, according to the New York Times, the Russians had hacked the RNC and possibly other Republican accounts as well. If I had to guess, I’d say there’s a good chance they hacked a few people at the Trump Organization too. So here’s where we are:

At this point, you need to be willfully blind to pretend this was anything other than what it was: a ratfucking operation on an epic scale aimed squarely at Hillary Clinton and the Democratic Party. And while it was happening, Republicans were happy to play along.

It’s inevitable that more details are going to emerge about all this—about both the hacking itself and Republican complicity in making use of the Russian material. This is not something that can be forgiven quickly or easily. Republicans may or may not care about this, but they’re going to have live with a smoldering, bitter anger from their Democratic colleagues for a very long time.