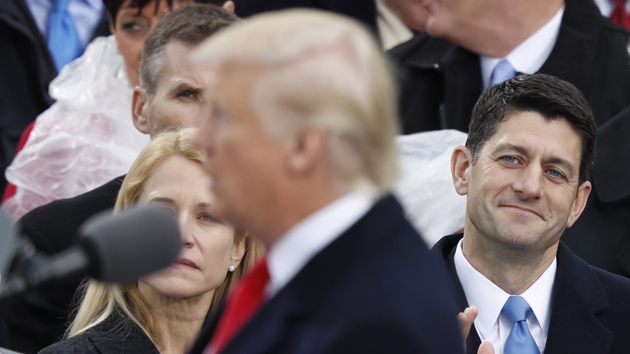 Julia Hahn is a 25-year-old Breitbart News reporter who has written several scorched-earth pieces about House Speaker Paul Ryan whenever he hasn’t toed the Breitbart line to their liking. Naturally, that caught the approving eye of Steve Bannon, formerly the executive chair of Breitbart and now the Rasputin of the Trump administration. Robert Costa reports:

Hahn, 25, is expected to join the White House staff, serving as an aide to strategist Stephen K. Bannon….“She’ll be Bannon’s Bannon and make Bannon look moderate,” said William Kristol, the editor at large of the Weekly Standard, a conservative magazine. “Her tendency is to fight and fight, often to the extreme.”

….Her hiring alarmed and angered several allies of Ryan….Privately, a number of House Republicans told The Washington Post that Hahn’s involvement signaled Bannon’s plans to possibly put her to use against them, writing searing commentaries about elected Republican leaders to ram through Trump’s legislative priorities and agitate the party’s base if necessary.

“This is obviously a provocative act and clearly an intentional act,” said Peter Wehner, a longtime Ryan friend and former official in three Republican administrations….Wehner said that too many Republicans on Capitol Hill are “engaging in a fiction, a game, where Bannon and Trump aren’t taken seriously even though Bannon and Trump are operating in a serious way and bringing on people who are going to work for their cause, not for conservatives.”

Back during the primaries, Fox News thought they could take on Trump. Eventually they learned they couldn’t, and abjectly caved in to him.

Trump’s Republican opponents all underestimated him too. They figured he was bound to implode on his own, and they’d just as soon let someone else spend the money to attack him. By the time they all understood what was going on, it was too late.

The #NeverTrumpers did no better. Their campaign was almost embarrassingly ineffective.

I fear that Paul Ryan is doing the same thing. He’s hoping to chivvy Trump along for a while and get his pet bills passed: tax cuts, Obamacare repeal, corporate-friendly deregulation, block grants for Medicaid and other social welfare programs, etc. As Grover Norquist once said, all Ryan needs is a president with a few working fingers to sign the bills he sends him. If the price of this is ditching TPP and pretending to build a wall, no big deal.

Maybe it’ll work. Maybe Ryan will get what he wants and then Trump will implode this time. But Ryan better be sure that he isn’t the sucker in this relationship. Trump has a long memory for people like Ryan who failed to support him enthusiastically, as well as an army of supporters who will turn on Ryan instantly if Trump tells them to. If Ryan is sitting back and allowing Trump to amass power in the belief that he can cut Trump down to size later, he better think again. Too many people have made this mistake already.