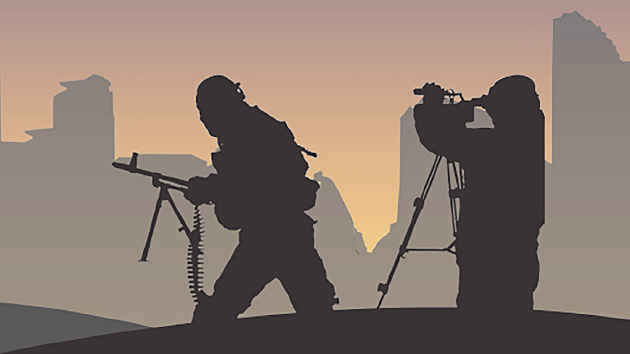 Cover image of "Media Operative, You Are a Mujahid, Too"

The Washington Post tells us today that ISIS knows it’s doomed and has already begun preparing a strategy for survival as a purely virtual organization:

[The Islamic State], now confronting its own eventual fall, is devising a modified survival strategy that may involve surrendering control of its “caliphate” in Iraq and Syria but seeks to preserve a virtual version of it online.

….The plan reveals a level of desperation for a terrorist organization that has seen its territory shrink rapidly over the past year….Beyond losing territory under military pressure from the United States, Turkey, Russia, Syria and Iraq, the Islamic State has seen the flow of foreign fighters into its ranks plummet — from as many as 2,000 a month two years ago to as few as 50, according to recent assessments.

The group began altering its propaganda themes last year to prepare followers for the collapse of the caliphate, depicting its mounting battlefield losses as ­noble and inevitable struggles, in contrast to the triumphant messages that had previously dominated its output.

This future strategy is outlined in “Media Operative, You Are a Mujahid, Too,” published by ISIS last year and described by Charlie Winter here. Winter’s goal is to warn us about what’s happening and to make recommendations about how to respond to this future incarnation of ISIS. But it’s also worth noting the obvious: If ISIS understood last April that its battlefield position was hopeless, that means the US military strategy was working pretty well.

Donald Trump will inevitably take credit for the eventual destruction of ISIS. I hardly even blame him for that. But the truth is simpler: Barack Obama’s approach was the right one. His goal was to win the war against ISIS slowly, inexorably, and with a minimum of US involvement. It took him about five years after he was first elected, but he eventually learned that heavy US involvement in Middle East wars was not only futile, but often counterproductive. It turns the residents of the battlefield against the US; leaves a gaping hole when US forces eventually leave; and tests the patience of the American public.

The war against ISIS leans on those lessons. Iraq is taking the lead, which forces them to get battlefield experience that will stand them in good stead when the US leaves. Residents are angry at the brutality of ISIS, not US forces. And the American public is willing to be patient as long as US casualties are low. The end result is a longer war but a more effective one. When ISIS is finally defeated, Iraq will be in good position to keep it from rebuilding itself. ISIS understands this, and that’s why they’re preparing for their eventual defeat in the physical world.