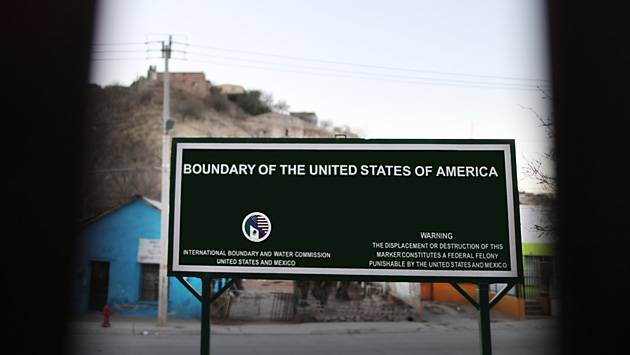 Here are a few immigration headlines plucked at random from Google News:

It’s not (yet) clear that ICE is rounding up any more immigrants than in the past, but they’re doing it way more loudly and with way more headlines than before. As you’d expect, this is scaring the hell out of people. Ed Kilgore comments:

“Fear in the immigrant community” is itself a crucial tool for this administration given the signs that it would prefer that as many as possible of the 11 million undocumented immigrants in the country decide to self-deport. It is certainly less expensive and visible than running down huge numbers of people, holding them in detention facilities, and then shipping them out of the country.

….If the self-deportation strategy doesn’t work substantively or politically, then we will find out whether Kelly and Trump have the stomach for the police-state tactics that would be necessary to deport many millions of people by force.

My guess is a little different. I doubt that this noisy crackdown will cause very many undocumented workers to go back to Mexico or Central America. This is not the first time they’ve been the target of a grandstanding politician, and for the most part they’ll ride it out, just as they have with previous crackdowns.

However, it might very well dissuade further illegal immigration. What with the wall and the increased border security and the raids, a fair number of people might decide that the benefits of migrating to El Norte aren’t worth the risk. In other words, Trump’s style of TV-driven governing with little substance behind it might actually work here.

The question, of course, is how long it will work. Not forever, because TV will soon get bored and move on to something new no matter how much ICE tries to amp up the outrages to get ever more coverage. So maybe it buys Trump six months or a year. After that, if he really wants to cut down the flow of illegal immigration across the border, he’s going to have to adopt an actually effective policy, something he hasn’t yet shown an aptitude for. He’s also going to have to deal with all the good Republican business owners who are going to get increasingly antsy for as long as this keeps up. They need workers, and they won’t be happy if Trump gets too carried away with all this.