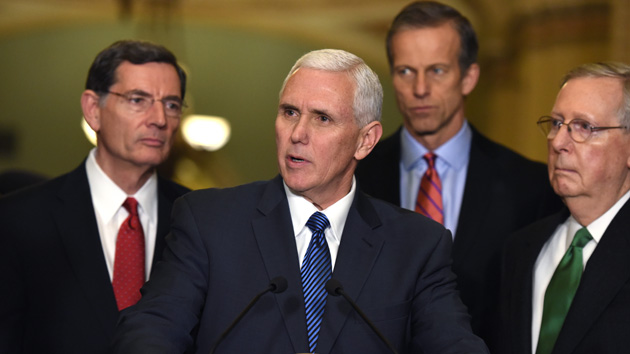 Let’s round up some of the reaction to AHCA,1 the Republican health care bill. I think we know how liberals feel about it, so we’ll start with real, dyed-in-the-wool conservatives:

A long-awaited plan to repeal the Affordable Care Act and remake the American health care system faced a revolt from the right on Tuesday….“This is not the Obamacare repeal bill we’ve been waiting for. It is a missed opportunity and a step in the wrong direction,” said Senator Mike Lee, Republican of Utah, who was joined by a constellation of conservative groups, including the Club for Growth, Heritage Action for America and Charles G. and David H. Koch’s Americans for Prosperity. “We promised the American people we would drain the swamp and end business as usual in Washington. This bill does not do that.”

Oof. How about old people?

It’s not age-rating in the bill, it’s an age tax! They’re not wrong about that, though. The bill really would be bad for us old folks. How about hospitals?

The American Hospital Association has already said no to House Republicans’ health care bill….[They] cite two major problems: First, the legislation has not been scored by the Congressional Budget Office — so there’s no official estimate for how many people will lose (or gain) health insurance as a result of the bill. Second, the bill cuts back on programs, particularly the Medicaid expansion and tax credits for health insurance, that make health care affordable and accessible to millions of people.

J. Mario Molina, chief executive of Molina Healthcare Inc., a major managed-Medicaid company that also offers ACA plans in nine states, said he believes that striking the coverage mandate penalties could help push individual-plan premiums up by 30% or more next year—and more in the future, when the reduced subsidies kick in. That shift, he estimated, could shrink enrollment in ACA plans by three-quarters or more, leaving a smaller, less-healthy group of enrollees. “You’re going to see big rate increases, and you’re going to see insurers exit markets…this is going to destabilize the marketplace,” he said.

Oh, right, they haven’t scored it yet. By all appearances, Paul Ryan was literally hoping to jam the bill through so fast that it would pass the House and then get a cursory rubber stamp in the Senate before the CBO even had a chance to calculate a score. That was a fantasy, of course. We’re all going to see the score, and it’s going to be godawful.

It’s genuinely not clear if there’s a single group that supports this bill. The AMA hasn’t chimed in yet, and neither has AHIP, the insurance company trade group. I doubt they think very highly of it, but they’ll probably stay quiet for a while because they want to retain the possibility of working with Republicans to influence the bill. After all, it might pass. You never know.