Mostly I use this space to show off nice photos, but today is different. I decided to try out my camera’s top normal ISO setting of 12800.

Old timers like me find this ridiculous. Back in the day, I remember that Kodak made some kind of ASA 1000 recording film that you could special order, which I did a couple of times.1 You could maybe push it a stop or two to ASA 2000 or 4000, but the results were pretty miserable. Nobody in their right mind did it unless they desperately needed to use a decent shutter speed in dim light and were willing to try anything that would produce even a barely usable image.

These days, I guess there are ISO 3200 black-and-white films available, but I don’t have any experience with them. As for color, forget it. It tops out around ISO 800 or 1600. Digital to the rescue! 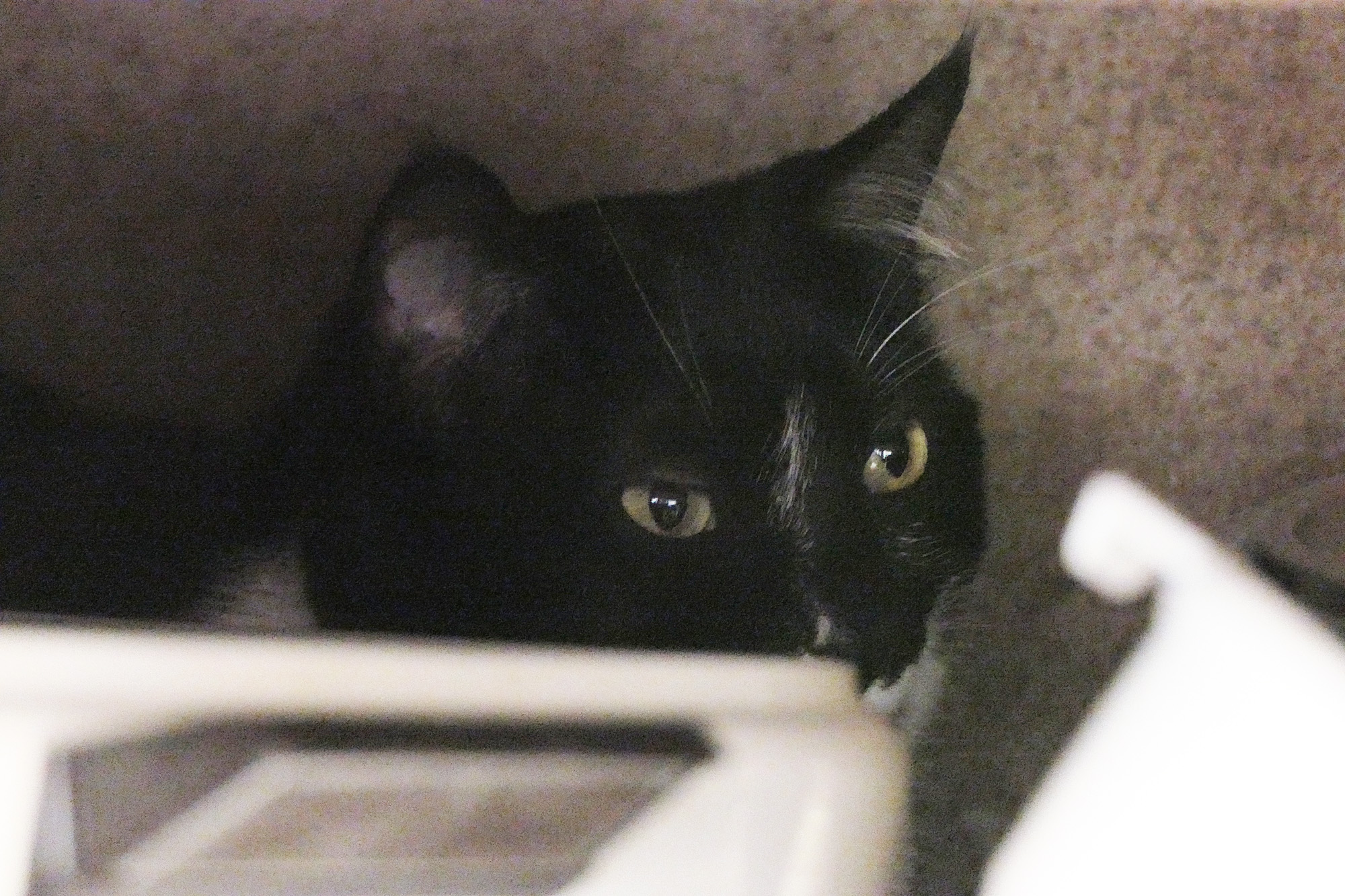 This is a picture of a black cat deep inside a dark cabinet where I could barely see him with my own eyes. The camera’s autofocus was hopelessly confused, but manual focus still worked OK. I essentially pushed this inside the camera to ISO 25600, and still ended up shooting at 1/13th of a second. Then I brightened it a bit in Photoshop.

And it’s…surprisingly unbad. The combination of a high ISO and anti-shake technology produced an image that’s flat and grainy, but pretty useable if circumstances demand it. That’s probably not very often, but I’ll have to keep this in mind as part of my toolkit.

1ASA is what old people used to call ISO. They’re both ratings of film speed (i.e., sensitivity to light). There are digital cameras out there that claim to support ISOs up to a million or so, which seems wildly unlikely, but who knows? Anybody ever tried ISO 3 million with Nikon D5?