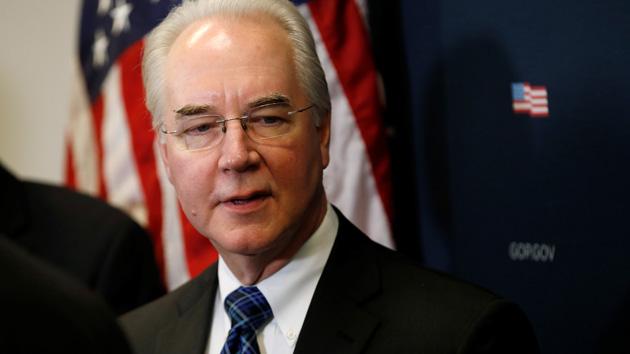 It’s been previously reported that HHS Secretary Tom Price has made some questionable stock trades that appear to be based on inside information he had as a congressman. But Robert Faturechi reports that there’s more:

On the same day the stockbroker for then-Georgia Congressman Tom Price bought him up to $90,000 of stock in six pharmaceutical companies last year, Price arranged to call a top U.S. health official, seeking to scuttle a controversial rule that could have hurt the firms’ profits and driven down their share prices, records obtained by ProPublica show.

….On March 17, 2016, Price’s broker purchased shares worth between $1,000 and $15,000 each in Eli Lilly, Amgen, Bristol-Meyers Squibb, McKesson, Pfizer and Biogen….The same day as the stock trade, Price’s legislative aide, Carla DiBlasio, emailed health officials to follow up on a request she had made to set up a call with Patrick Conway, the agency’s chief medical officer. In her earlier emails, DiBlasio said the call would focus on payments for joint replacement procedures. But that day, she mentioned a new issue.

“Chairman Price may briefly bring up … his concerns about the new Part B drug demo, as well,” she wrote. “Congressman Price really appreciates the opportunity to have an open conversation with Dr. Conway, so we really appreciate you keeping the lines of communication open.”

The “Part B drug demo” refers to a proposed Obama rule that removed the incentive for doctors to prescribe expensive drugs that don’t seem to improve patient outcomes. As it happens, there were plenty of folks in Congress from both parties who opposed this rule, so Price’s opposition wasn’t unusual. The difference is that all the others didn’t buy lots of pharmaceutical stock at the same time they were lobbying to stop a rule that might have eaten into pharmaceutical profits.

So far, the Price affair hasn’t attracted all that much attention. There are too many other Trump administration scandals to worry about. But this one has a decent chance of blowing up one of these days.