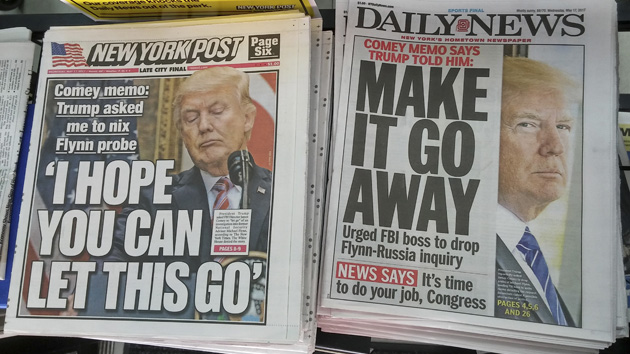 Another hour, another Trump scandal. I can’t keep up. Here’s the latest timeline on Mike Flynn. The three items in italics are new:

August 9: Flynn is hired by the Turkey-U.S. Business Council for $600,000 to help repair Turkey’s image in the US. However, Flynn chooses not to register as a foreign agent on the pretext that he’s just lobbying for a business group that has nothing to do with the Turkish government.

November 30: The Justice Department opens an investigation into Flynn’s lobbying activities. Flynn keeps this news to himself for over a month.

December: Flynn has repeated contacts with various Russian officials but doesn’t tell anybody.

January 4: Flynn tells the incoming White House counsel that he is under investigation. Nothing happens.

January 10: In a meeting with Susan Rice, Flynn puts the kibosh on an Obama plan to use Kurdish help to take the ISIS-occupied town of Raqqa—something that his erstwhile client Turkey is opposed to. McClatchy reports: “Members of Congress, musing about the tangle of legal difficulties Flynn faces, cite that exchange with Rice as perhaps the most serious: acting on behalf of a foreign nation — from which he had received considerable cash — when making a military decision. Some members of Congress, in private conversations, have even used the word “treason” to describe Flynn’s intervention, though experts doubt that his actions qualify.” Still nothing happens.

January 26: Acting attorney general Sally Yates warns the White House that Flynn has lied about his contacts with Russian officials, which may have compromised him. Still nothing happens.

February 9: The Washington Post reveals Flynn’s lies about his Russian contacts. Everything is now public.

February 14: Trump meets with FBI director James Comey and asks him to kill the investigation into Flynn.

The new news here is that Trump knew about the FBI investigation far earlier than anyone has reported before. By the time Sally Yates alerted the White House to Flynn’s lying, they had already been warned off Flynn by President Obama and they’d known about the FBI investigation for three weeks. Nonetheless, they did nothing until it all became public.

UPDATE: If you want to brush up with a more detailed—but still brief—timeline of events in the Trump-Russia affair, the LA Times has one here. It’s a nice, quick read.