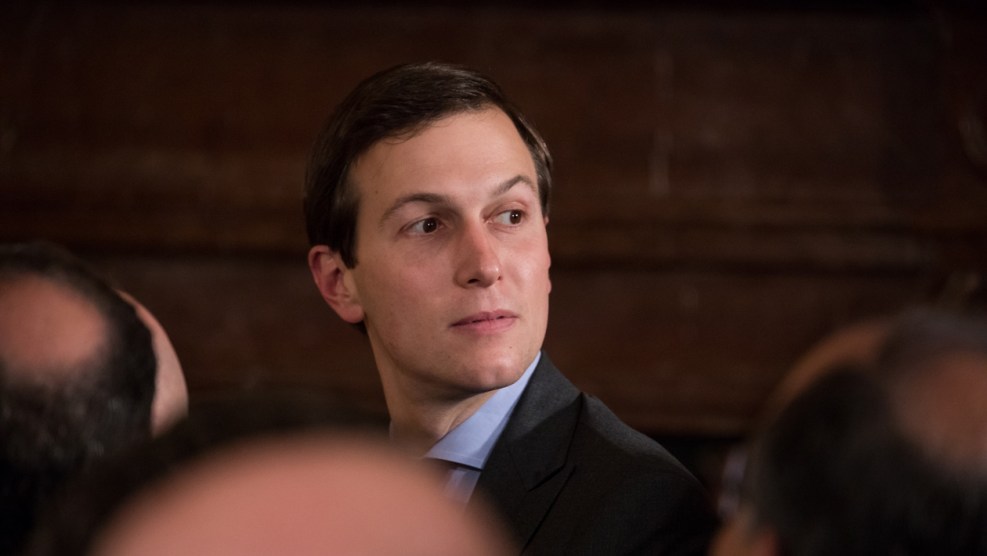 The Intercept has a story about young Jared Kushner and his catastrophically bad 2007 purchase of a New York skyscraper. Kushner has basically lost his entire $500 million investment, and the only way to turn things around is to demolish the building and put up a bigger, more valuable one in its place. But that requires a huge amount of money, and it turns out that Kushner was hoping to get a big chunk of it from a Qatari zillionaire:

Not long before a major crisis ripped through the Middle East, pitting the United States and a bloc of Gulf countries against Qatar, Jared Kushner’s real estate company had unsuccessfully sought a critical half-billion-dollar investment from one of the richest and most influential men in the tiny nation, according to three well-placed sources with knowledge of the near transaction

Qatar is facing an ongoing blockade led by Saudi Arabia and the United Arab Emirates, and joined by Egypt and Bahrain, which President Trump has taken credit for sparking. Kushner, meanwhile, has reportedly played a key behind-the-scenes role in hardening the U.S. posture toward the embattled nation.

….The revelation of the half-billion-dollar deal raises thorny and unprecedented ethical questions. If the deal is not entirely dead, that means Jared Kushner is, on the one hand, pushing to use the power of American diplomacy to pummel a small nation, while on the other, his firm is hoping to extract an extraordinary amount of capital from there for a failing investment. If, however, the deal is entirely dead, the pummeling may be seen as intimidating to other investors on the end of a Kushner Companies pitch.

There’s no way to know what’s really going on based solely on the information in the story. The problem is a very broad one: Jared Kushner runs a company that routinely needs to raise large sums of money, and one of the most common sources for large sums of money is foreign investors in places like China, the Middle East, and Russia. At the same time, Kushner is also a close advisor to the president of the United States, who routinely conducts foreign policy in places like China, the Middle East, and Russia. Conflicts of interest would be inevitable even if everyone involved were as pure as Caesar’s wife.

Is Trump helping out his son-in-law by putting pressure on Qatar? Is Trump being played by Kushner? Or are the blockade and the real estate deal completely unrelated? We have at least 42 months left of questions like this popping up constantly.