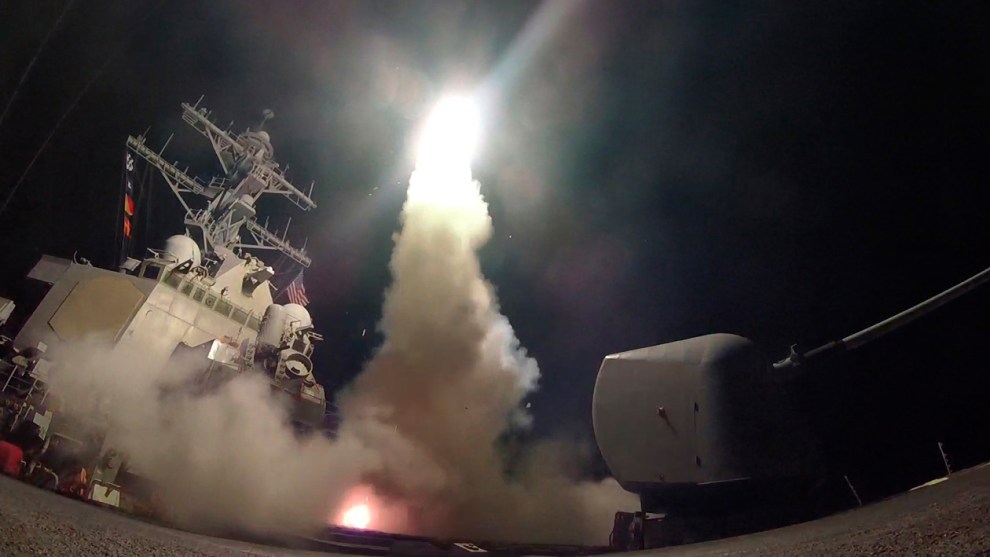 A reader emails to ask why I haven’t written about Seymour Hersh’s story from last week that accuses Donald Trump of ignoring evidence that Syria’s chemical attack in April wasn’t actually a chemical attack at all. It’s worth an answer.

First off, there’s some background. Hersh’s main outlet was the New Yorker until a few years ago. But they refused to publish his 2013 article making the same accusation against the Obama administration, so the London Review of Books published it instead. But the LRB declined to publish his latest one, so it ended up in a German newspaper. That’s two well-respected publications that have parted ways with Hersh. Why?

Second, Hersh’s latest piece is almost completely single-sourced to a “senior advisor to the American intelligence community.” That’s mighty vague. And boy, does this advisor know a lot. He seems to have an almost photographic recall of every meeting and every decision point that preceded Trump’s cruise missile attack. It’s hardly credible that a civilian advisor could be as plugged in as this guy apparently is.

These things don’t inspire confidence. So now let’s take a look at the piece he wrote. Here’s an excerpt:

Some American military and intelligence officials were especially distressed by the president’s determination to ignore the evidence. “None of this makes any sense,” one officer told colleagues upon learning of the decision to bomb. “We KNOW that there was no chemical attack … the Russians are furious. Claiming we have the real intel and know the truth … I guess it didn’t matter whether we elected Clinton or Trump.”

The same official said there was immense frustration inside the military and intelligence bureaucracy: ‘The guys are throwing their hands in the air and saying, “How can we help this guy” – Obama – “when he and his cronies in the White House make up the intelligence as they go along?”’

This is way too similar. In fact, the whole 2017 piece reads like a warmed-over version of his 2013 article. I just don’t trust it.

Plus there’s this: the Trump administration is one of the leakiest in memory. If Trump flatly ignored the advice of every one of his military advisors—which is what Hersh says—it’s hard to believe that this wouldn’t also have leaked to one of the legion of national security reporters in DC, who have demonstrated that they’re pretty sourced up. But so far, no one has even remotely corroborated Hersh’s story.

Is this because the mainstream media is afraid to report this stuff? Please. They’d see Pulitzers dancing before their eyes. There’s not a reporter in the entire city who wouldn’t go after this story.

You never know. Maybe Hersh will turn out to be right. It’s certainly a compelling and detailed story he tells. But for now, I don’t believe it.