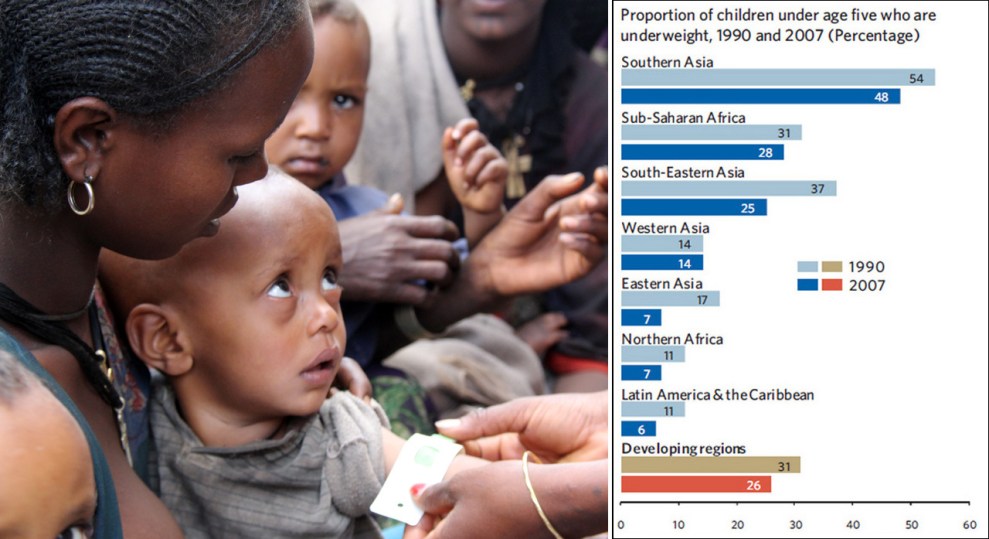 Here’s a quiz for you. Which of these articles about, say, starving children in Africa is likely to get the widest readership?

In fact, it turns out that C is the worst possible option. Nobody likes it. The numbers people get tired of all the personal stuff, while the tender-hearted people are put off by all the numbers. It turns out that you have to pick one or the other and just accept that you won’t reach everyone.

I learned this years ago, and I don’t remember where. However, I was reminded of it by an interview with Paul Slovic, who has done loads of research on the limits of human compassion. I’ve had this interview saved for a while because I’ve been meaning to write something related to it—and eventually I will!—but there was one particular bit that’s pretty fascinating. Here is Slovic:

We have an experiment of helping a starving child. A certain percentage of people help [by donating money to the kid]. Then we have another condition with a different group, same child, same situation, except we put the numbers of the statistics of starvation next to her picture, and the donations dropped in half.

I wonder how universal this is. Is it always a bad idea to mix anecdotes and data? Slovic chalks up his experimental result to “pseudo-inefficacy,” meaning that the numbers make the problem look so big that people just give up, figuring that their donation will never make any difference. However, I suspect it’s something more general than that. There’s something about numbers that actively turns off people who respond most strongly to anecdotes. And vice-versa, perhaps. It would be interesting for Slovic to run his experiment in reverse: begin with a simple, punchy bit of data about starvation, and then add the picture of the child. Do donations still drop?

If this is indeed a fairly general finding, it should affect the way advocacy journalists work. Instead of trying to write (or film or record) comprehensive pieces designed to move everyone, they should always write two separate pieces. One contains lots of troubling anecdotes with only a few simple numbers, while the other lays out the fact-based case for action, with only brief mentions of real-world suffering. More work, perhaps, but it’s also likely to make more difference.