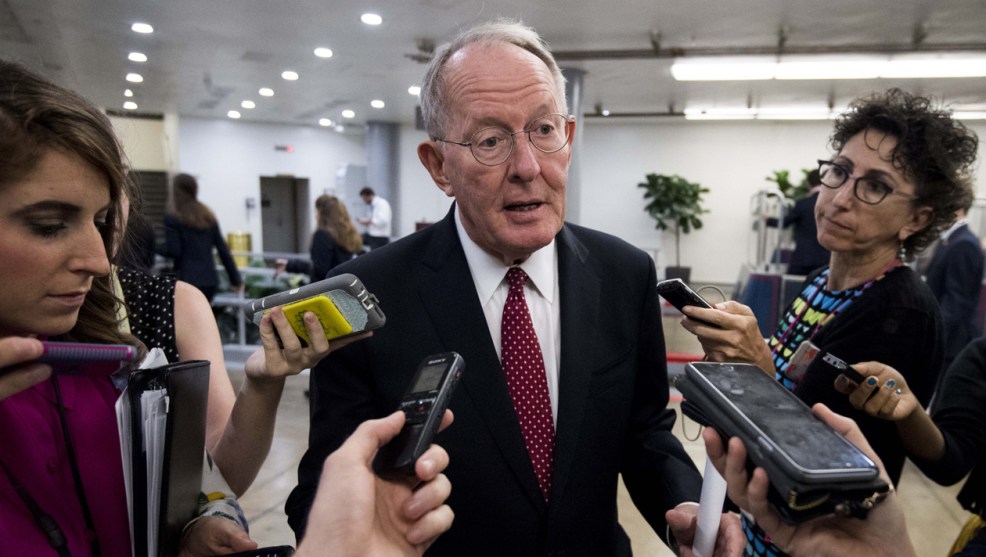 Donald Trump continues to threaten to cut off CSR subsidies in 2018, a move that would significantly increase the cost of health insurance for the poor. But even Republicans are getting tired of his endless gameplaying about this:

Congressional Republicans moved on Tuesday to defuse President Trump’s threat to cut off critical payments to health insurance companies….Senator Lamar Alexander of Tennessee, the influential chairman of the Senate Health, Education, Labor and Pensions Committee, announced that his panel would begin work in early September on legislation to “stabilize and strengthen the individual health insurance market” for 2018.

In the House, two Republicans, Representatives Tom Reed of New York and Charlie Dent of Pennsylvania, teamed with Democrats to promote incremental health legislation that would also fund the cost-sharing subsidies.

The moves were a remarkable response to the president’s repeated threats to send health insurance markets into a tailspin. They offered tangible indications of cooperation between the parties after Republican efforts to scrap the Affordable Care Act collapsed in the Senate last week, all but ending the seven-year Republican quest to overturn President Barack Obama’s signature domestic achievement. Lawmakers from both parties concede that the health law needs improvement, as consumers face sharp premium increases and a shrinking number of insurance options in many states.

It’s hard not to feel torn about this. On the one hand, obviously I’m happy. A bipartisan bill to keep the CSR subsidies would help millions of people.

On the other hand, this whole thing is so cynical it makes your eyes bleed. The CSR subsidies are a part of Obamacare, but in 2014 House Republicans gleefully filed a lawsuit claiming that although the subsidies were authorized by the law, they hadn’t been appropriated by Congress. Therefore they shouldn’t be paid. The whole point was to wreack havoc with Obamacare and force it to fail on Obama’s watch.

But now that Republicans are in charge, they’re not so keen on blowing up health care. That might reflect badly on them, after all. Apparently their constitutional scruples depend a lot on which party controls the White House.

In any case, if Republicans really want to solve this problem, it’s easy. They just have to pass a bill appropriating the money. That would take about five minutes, and since Democrats would all be in favor it would be veto-proof. There’s no real need to wait until September for that.