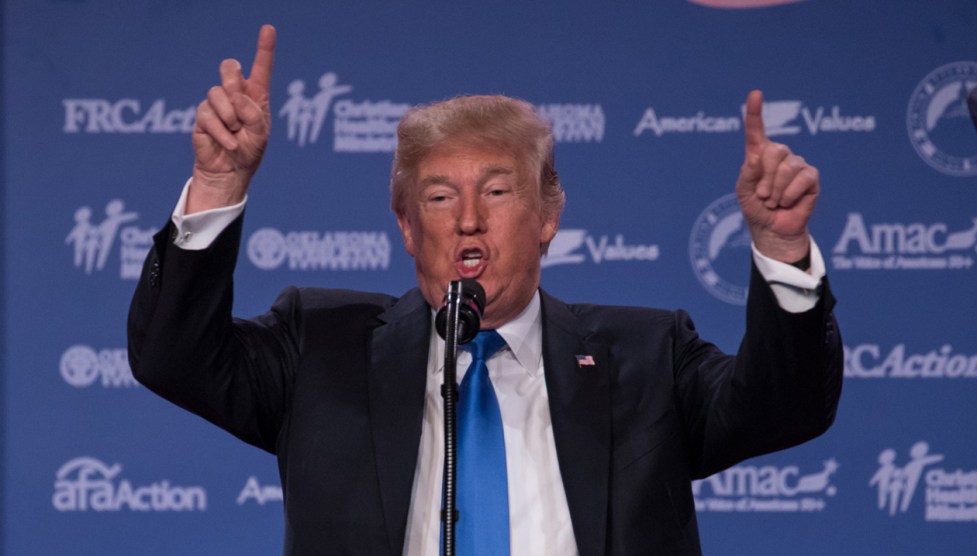 David French is a conservative lawyer who writes for National Review. Last year he wrote scathingly about both Donald Trump and the alt-right and was rewarded with a barrage of abuse, much of the worst of it aimed at his wife and children. Yesterday he wrote not about the alt-right, but about ordinary rural conservatives who support Trump:

Trump is stoking a particularly destructive form of rage — and his followers don’t just allow themselves to be stoked, they attack Trump’s targets with glee. Contrary to the stereotype of journalists who live in the Beltway and spend their nights at those allegedly omnipresent “cocktail parties,” I live in rural Tennessee, deep in the heart of Trump country. My travels mainly take me to other parts of Trump country, where I engage with Trump voters all the time. If I live in a bubble, it’s the Trump bubble. I know it intimately.

And I have never in my adult life seen such anger. There is a near-universal hatred of the media. There is a near-universal hatred of the so-called “elite.” If a person finds out that I didn’t support Trump, I’ll often watch their face transform into a mask of rage. Partisans are so primed to fight — and they so clearly define whom they’re fighting against — that they often don’t care whom or what they’re fighting for….Don’t like the media? Shut it down. Don’t like kneeling football players? Make them stand. Tired of American weakness overseas? Cheer incoherent and reckless tweets as evidence of “strength.”

Where does this end? Does this rural rage become a permanent part of American life? Or does something happen to finally let the air out of it?

The two big explanations for the rise of this rural anger (and the rise of Trump) revolve around economics and race. The modern economy has screwed these folks over and they’re tired of it. Or: they’re badly threatened by the growth of the nonwhite population. Which is it? Almost certainly both, and in any case it doesn’t matter much: both of these things are likely to get worse from their point of view. The nonwhite population share is obviously going to keep growing, and the economy of the future is only going to become ever more tilted toward the highly educated. If working-class whites really are enraged by either or both of these things, they’re only going to get more enraged as time goes by.

That’s especially true if they keep voting for Republicans, who will actively make these things worse while skillfully laying off the blame on “elites” and “Hollywood liberals.” Keeping the rage machine going is their ticket to political power.

How do we prick this bubble? Obama tried to give them cheap health care, and it enraged them. He passed stricter regulation on the Wall Street financiers who brought us the Great Recession, and they didn’t care. He fought to reduce their payroll taxes and fund infrastructure to help the economy get back on track, and they sneered that it was just a lot of wasted money that ballooned the national debt.

At the same time, Obama didn’t try to take their guns away. He didn’t outlaw Christianity or conduct a war on Christmas. He didn’t do much of anything related to abortion. He did promote a number of gay-friendly policies, and praised the Supreme Court decision that legalized same-sex marriage.

None of it really seemed to matter, though. The culture war stuff remained enraging regardless of what Obama did or didn’t do.

Is there an answer? We haven’t found one yet, have we? Sometimes I wonder if there is one.