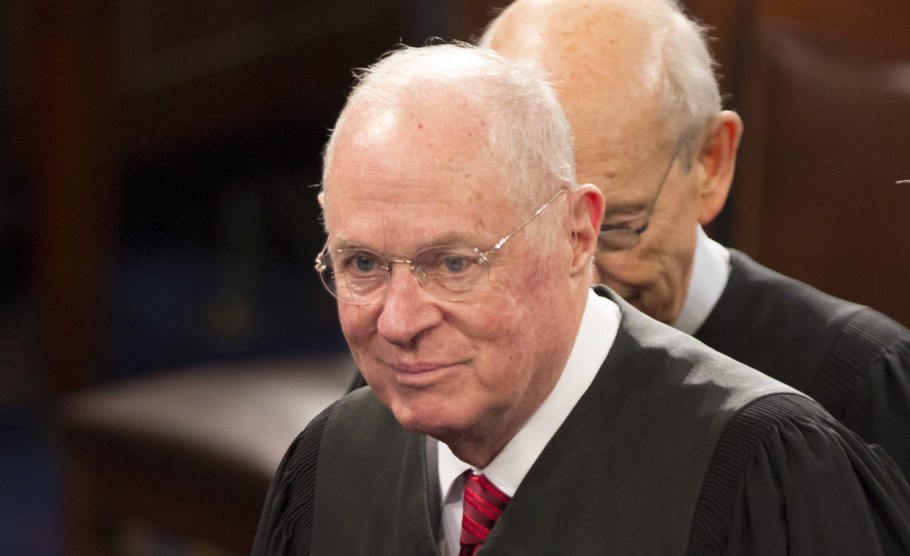 Supreme Court justice Anthony Kennedy has long been the only conservative justice who’s sympathetic to arguments against gerrymandering. The problem is that, like the other conservatives, he’s been unable to figure out a concrete standard to use. How do you tell if a map is gerrymandered so much that it’s unconstitutional?

Kennedy was the first justice to ask a question in Tuesday’s opening arguments in the case, Gill v. Whitford. “Suppose the Court…decided that this is a First Amendment issue?” Kennedy asked Wisconsin’s solicitor general, implying that extreme partisan gerrymandering could violate the right to free speech by preventing those in the minority—in this case Wisconsin Democrats denied representation—from having an equal say in the political process.

Kennedy also seemed to suggest that the court could set a standard for when gerrymandering crosses a line….Kennedy [suggested] that a manageable standard could be whether a map was drawn with the “overriding concern ” to “have a maximum number of votes for party X or party Y.” He asked whether such a scenario would violate the First Amendment or the Equal Protection Clause of the 14th Amendment.

The Supreme Court usually sets standards in fairly non-concrete ways, so I’m not sure why gerrymandering should be any different. Kennedy’s proposed standard probably is manageable.

But the thing that surprises me is that no one mentioned what I consider the big issue in gerrymandering: computers. When gerrymandering was a human exercise, there were effectively limits on just how bad it could be. With computerization, it takes only a few seconds to produce the most highly gerrymandered map possible. This is an example of a quantitative change so big that it become qualitative—and the court should respond to that. But how? I happen to favor a standard called the “partisan symmetry rule,” which I described earlier this year:

If gerrymandering is now a brute-force, computer-driven activity, the best answer is a brute-force computer-driven rule. A few decades ago, applying the partisan symmetry rule would have been all but impossible, but today it’s easy. It’s also something that can be easily defined, and is therefore pretty easily managed by the courts.

Whether the court adopts a specific rule or a more general standard, it’s time to do something about this. Times have changed, and extreme partisan gerrymandering is just too easy. One way or another, they need to agree on a way to rein it in.