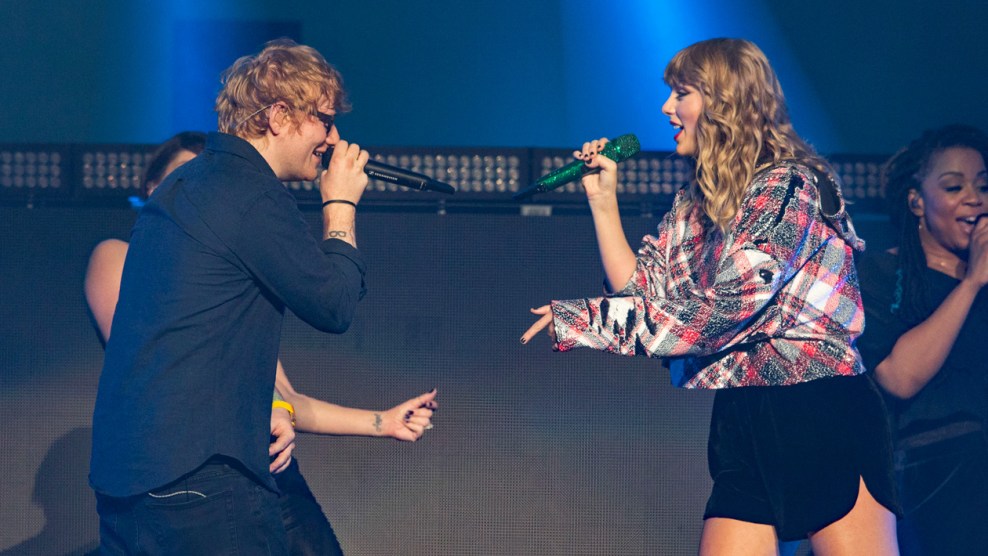 Atrios digs himself into a gigantic hole today:

I Don’t Care About Your Lyrics

Good lyrics can make a song. I completely get that. But making a song is not the same as being the important part of a song. The thing I hate about all “music criticism” of pop/rock music is that it focuses on the lyrics. I get it. It’s hard to write about the music part of music. But “Musician X used to write about farms and trees and now writes about love and milkshakes” doesn’t actually tell me anything about whether I might like the… music?

A good lyric is good. A catchy lyric can make a person rich, when attached to the right melody. But setting Taylor Swift lyrics to music by Rush isn’t going to convince fans of either.

Well, he had a good run. But after 17 years, I think Atrios has finally written his death sentence. It was nice knowing him.

Nonetheless, his bravery is a lesson for us all. I, for example, will go even further. Not only do I not care about your lyrics, I think most of your songs would be better if they were set to Gregorian chants or Russian poetry. I mostly don’t listen to lyrics at all, but every once in a while I do, or I get curious and google them up. And almost without exception, they are so puerile and stupid that I can hardly believe anyone over the age of 15 takes them seriously. They work fine as sounds to make while singing your favorite song in the shower, but on the printed page? Please.

I would like to say that I hold this opinion only about pop lyrics, but it’s not so. Your favorite indie band? Your favorite rapper? Bob Dylan? About 99 percent of what they write is just plain dumb.

Now, this is obviously a provocation. I am provoking people to form torchlight mobs and come over to my house and blast their favorite songs through my windows. However, there’s actually an interesting question here: how many people care about lyrics vs. only caring about the tunes in popular music? To me, the human voice is just another instrument in a song, like a keyboard or a guitar. The meaning of the words is extraneous. But for many people, the lyrics are really important. Even a catchy tune leaves them cold unless they like the lyrics. And then there’s the vast middle ground.

So which are you? And does it say anything about your personality? I hereby call on some enterprising PhD candidate in freakonomics to study this burning issue.