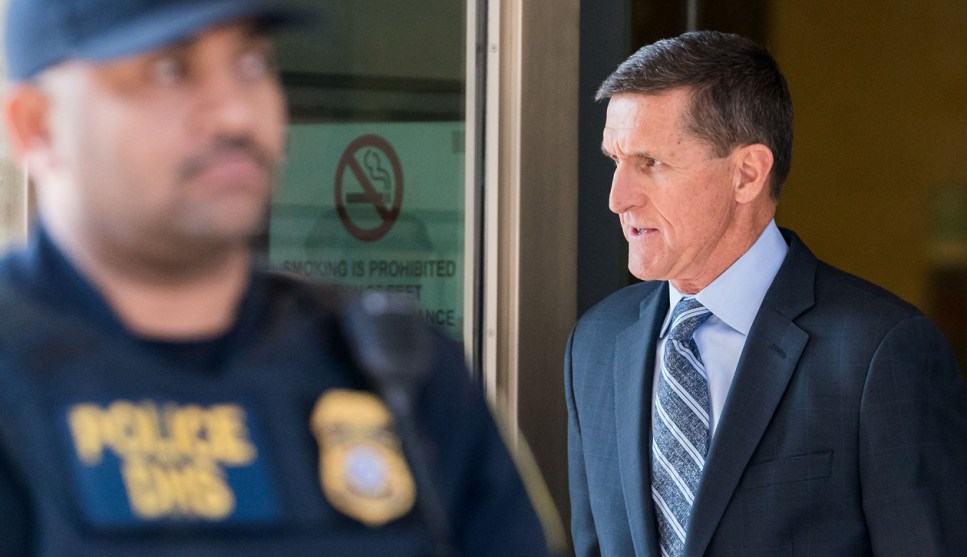 Earlier today, Michael Flynn pled guilty to a charge of lying to the FBI about his efforts to stall a UN vote on Israeli settlements during the presidential transition. This was obviously a plea bargain to avoid more serious charges, but still, it is what it is. David French comments:

While Twitter will no doubt find it “shocking” and “outrageous” that Trump transition officials were trying to influence Russian policy on matters that would directly impact the Trump presidency, there is a long history of presidential campaigns and transition teams initiating contact with foreign powers. The Trump administration — not the Obama administration — would bear the primary burden of responding to any additional Russian sanctions and the fallout from the U.N. vote. In other words, we can debate the prudence of the PTT’s actions all day long, but it was not illegal, and it was not “collusion.”

OK. I mean, technically it might have been a violation of the Logan Act, but no one ever gets charged for violating the Logan Act. Certainly not a top official of a presidential transition, anyway. Nor would there have been any political fallout if this had been made public at the time. Everyone knew Trump didn’t want the vote to happen. It just wasn’t a big deal. So if there’s no collusion, why lie about these contacts?

One last point — a number of folks have asked me, “If there’s no collusion, why lie about these contacts?” I can think of a number of reasons, including inexperience, hubris, and paranoia. Remember, these contacts were taking place against the backdrop of a public feeding frenzy about Trump’s Russian contacts. To admit to these contacts was to chum waters already boiling with hungry sharks. So they chose the worst possible course. They lied, and they lied when active FISA warrants meant that investigators may have immediately spotted the lies. When you start the lies, it’s hard to stop — especially when you don’t know what the FBI knows, but you do know that changes in your story will almost certainly leak to the press and create yet another firestorm.

Hmmm. I just did a search of the New York Times archives to make sure my memory was correct. During the first three weeks of December 2016, just before Flynn’s contacts with the Russians, there was coverage of Russian interference in the election but not much about possible Trump collusion with Russia. Likewise, during the first three weeks of January 2017, just before Flynn lied to the FBI, there was coverage of the Steele dossier, but at that point it still hadn’t really gotten a lot of traction. In fact, probably the most on-point story the Times ran during that period was a piece by public editor Liz Spayd criticizing the Times for its feeble coverage of the Trump-Russia connection.

The Trump-Russia story got a fair amount of play around the time of the Republican convention, thanks to Paul Manafort, and it’s gotten a lot of play since February. But in December and January things were in a bit of a lull. There was plenty of chatter, but nobody really held it against Trump that he was weighing in on Russia—he’d soon be president, after all—and there was no particular reason to deny contacts with the Russians. So I don’t really buy this. There must be more to it.

On the other hand, I would think there’s more to it, wouldn’t I? Still, I’ll bet there is.