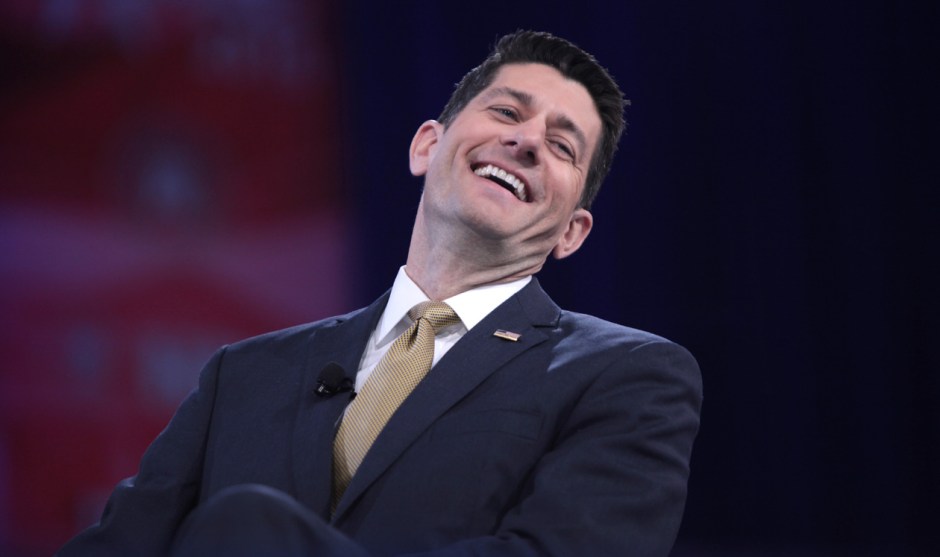 Well, the Republican tax bill is set to pass later today. You know the basics: it cuts corporate taxes permanently but cuts individual taxes only temporarily. It’s a pretty good deal for rich people, not so great for the middle class.

You may also know that we dodged some bullets. The tax on grad students got axed, for example. Likewise, Congress got cold feet at the last second about eliminating the Johnson Amendment, which bans churches from engaging in political activity.

But there are also some less savory provisions of the tax bill that you may not have heard of. Some of them have been there all along, while some got added at the last minute. Here’s a few of them:

Republicans decided to use a new measure of inflation called chained CPI to calculate tax brackets. The problem is not that chained CPI is a lousy measure of inflation—it’s actually perfectly good—but that it works properly only if everything is measured using chained CPI. But everything isn’t. What this means in the real world is that people will get moved into higher tax brackets faster than before, and this will cost them a lot of money. Here’s the estimate from the Joint Committee on Taxation:

The JCT only projects things for ten years, but I’ve added projections for the next decade after that since chained CPI is a gift that keeps on giving. And it’s worth noting just how insidious this is. For the next few years no one will notice what’s happening because the impact is small and it’s covered up by the individual tax cuts in the bill. But those expire in eight years, just as the chained CPI provision really starts to pick up steam. This means that only after 2025 will middle-class taxpayers get hit with the full cost of the chained CPI provision. By 2037 it amounts to more than $100 billion, or roughly $1,000 per household.

So who wanted this, anyway? It’s been a Republican hobbyhorse for years as a stealth way of raising money to pay for tax cuts. This year, they finally did it.

At the last minute, a provision was added that dramatically reduced taxes on certain kinds of real-estate partnerships. Why? Sen. John Cornyn, who’s in charge of rounding up support for Republican bills, said it was inserted in order to “cobble together the votes we needed to get this bill passed.”

So who wanted this, anyway? That’s a surprisingly difficult question to answer. So far, no one has taken credit for this provision, but apparently it was added by Cornyn himself. As for who it benefits, the obvious answer is that it benefits anyone with large real-estate interests. For example, one of the votes that Cornyn needed to “cobble together” came from Sen. Bob Corker, who was dead set against the tax bill because it increased the deficit, but then suddenly changed his mind after this provision was added. By coincidence, the new rules will likely save him millions of dollars in taxes on his real-estate empire.

Anyone else of note? Well, there’s the guy who has to sign the tax bill into law: Donald Trump. It’s going to save him a bundle.

This is not something that was added to the bill, but something that wasn’t. Like a zombie that just won’t die, the carried-interest loophole has survived yet again—despite the fact that President Trump campaigned repeatedly on eliminating it. Hedge fund billionaires across the country breathed another sigh of relief.

So who wanted this, anyway? Hedge funds and private equity managers, primarily. Despite Trump’s big talk, in the end no one wanted to anger folks who have billions of dollars in ready cash available for political contributions.

Alimony payments are no longer deductible. This is, fundamentally, a tax on divorce (explanation here).

So who wanted this, anyway? Maybe evangelicals, who think divorce is sinful? It’s something of a mystery, since this provision raises only a pittance. In any case, it’s going to cost a bunch of middle-class ex-couples a lot of money.

The estate tax exemption was raised to $11 million per person or $22 million per couple. You probably knew that. But there’s more.

First, that exemption amount is now indexed to inflation. When it comes to things like the minimum wage, Republicans flatly refuse to consider inflation indexing. But for millionaires and their heirs? Why of course we have to index.

Second, the bill provides a truly massive and inexplicable gift to heirs of the rich. Suppose you inherit some Apple stock that’s increased in value from $1 million to $30 million. Donald Trump’s 2016 campaign tax plan would have exempted the first $22 million, but then you’d have to pay capital gains taxes on the remaining $8 million. In other words, you had to pay taxes on something. Not anymore, though. Not only has the estate tax been eliminated for estates under $22 million, but the Republican bill keeps the current “step-up” law, which means assets are automatically revalued upon death and no capital gains taxes are due. If dad sells off his holdings himself, he has to pay capital gains on the profit. But if he dies and you sell it, you’re free and clear. Even the biggest proponents of killing the estate tax never imagined a gift this brazen.

So who wanted this, anyway? You don’t have to ask, do you? This has been an obsession of the ultra-wealthy for decades. They have long loathed the fact that they can’t control their fortunes even in death, and they loathe it even more that the federal government will get a cut of their hard-earned riches. With this tax bill, they have almost reached their goal of eliminating not just the estate tax, but taxes of any kind on their accumulated wealth.

At the last minute, Republicans decided that the super-rich deserved more of a break than they were already getting: the tax rate on income over $1 million was cut from 39.6 percent to 37 percent. Just for the record, an income of $1 million puts you above the top 1 percent. It’s somewhere around the top 0.3 percent.

So who wanted this, anyway? Rich people. Duh.