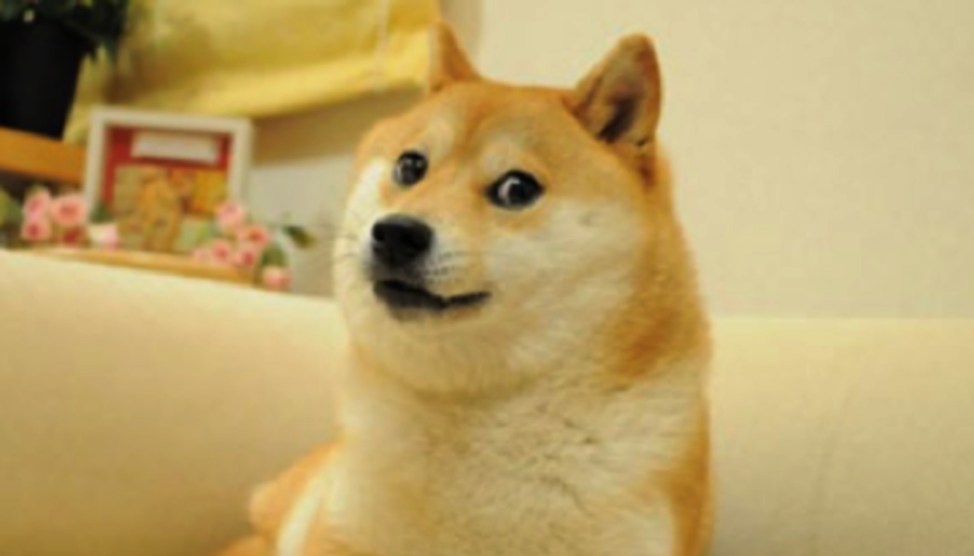 So this happened last night:

It turns out that this is the cryptocurrency version of asking about the latest teenage slang. I may think I’m hip to the ways of bitcoin and ethereum and tether and whatnot, but in fact I’m just an old fogey.

“Get ready to have your mind blown,” replied Jordan Weissmann. Consider me ready. The name, it turns out, comes from a viral internet meme from several years ago, and the cryptocurrency itself is…um, interesting:

Dogecoin, the alternative cryptocurrency inspired by a popular meme, has surged over the weekend and now has a market capitalization over $2 billion….Founder Jackson Palmer, who created the digital currency as a joke, said new found interest in Dogecoin is a concerning indicator of wide-spread frothiness in the cryptocurrency market.

“I have a lot of faith in the Dogecoin Core development team to keep the software stable and secure, but I think it says a lot about the state of the cryptocurrency space in general that a currency with a dog on it which hasn’t released a software update in over 2 years has a $1B+ market cap,” Palmer told cryptocurrency watcher CoinDesk.

….As for Dogecoin, Palmer, a group product manager at Adobe, and Billy Markus, a software engineer at IBM, created it “without much real thought,” according to reporting by Motherboard.  As Palmer told Motherboard’s Patrick McGuire, “one night after work, I sat down with a beer, I had too much time on my hands, and I bought Dogecoin.com.”

I am once again prompted to wonder just what these market cap figures are based on. Are they based on actual trades for real money like dollars or euros? Or on trades for other cryptocurrencies that are then extrapolated into values in dollars? Or what? If I had my way, the market cap for all cryptocurrencies would be expressed in bitcoin just to remind everyone that this is probably just a giant circular game that everyone is playing. For example, Dogecoin has a market cap of B136,000. That’s a lot less insane sounding, isn’t it?