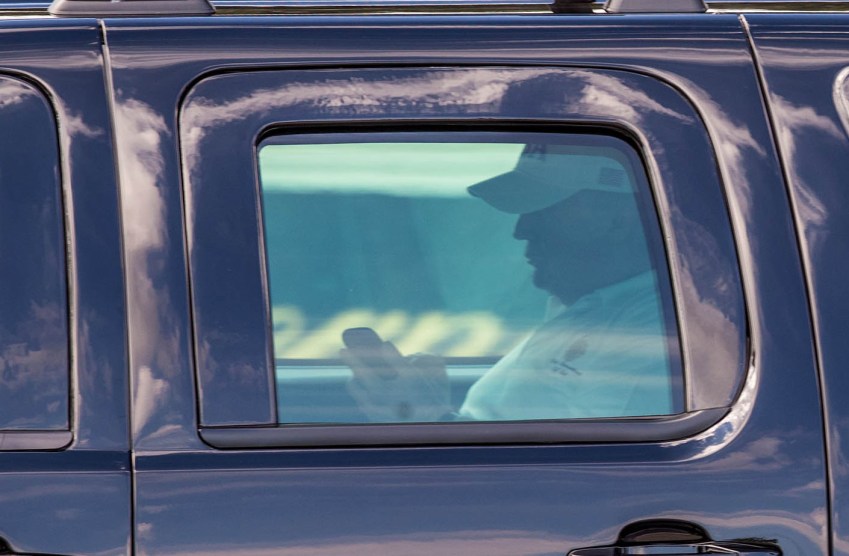 Aside from the fact that he’s a political genius, what have we learned about Donald Trump this weekend? Jonathan Swan reveals that Trump’s official schedule has been pared back a bit:

President Trump is starting his official day much later than he did in the early days of his presidency, often around 11am, and holding far fewer meetings, according to copies of his private schedule shown to Axios. This is largely to meet Trump’s demands for more “Executive Time,” which almost always means TV and Twitter time alone in the residence, officials tell us.

Trump’s days in the Oval Office are relatively short – from around 11am to 6pm….Then he’s back to the residence for more phone calls and more TV….On Thursday, the president has an especially light schedule: “Policy Time” at 11am, then “Executive Time” at 12pm, then lunch for an hour, then more “Executive Time” from 1:30pm.

Along with millions of others, I will henceforth be demanding more “Executive Time” in my daily blogging schedule. And if you’re wondering what kind of TV Trump watches during Executive Time, wonder no more. Matthew Gertz, a senior fellow at Media Matters, has been monitoring Trump’s tweets in order to figure this out:

Everyone has a theory about Trump’s hyperaggressive early morning tweetstorms. Some think they are a deliberate ploy the president uses to distract the press from his administration’s potential weaknesses, or to frame the public debate to his liking….But my many hours following the president’s tweets for Media Matters for America, the progressive media watchdog organization, have convinced me the truth is often much simpler: The president is just live-tweeting Fox, particularly the network’s Trump-loving morning show, Fox & Friends.

….After comparing the president’s tweets with Fox’s coverage every day since October, I can tell you that the Fox-Trump feedback loop is happening far more often than you think. There is no strategy to Trump’s Twitter feed; he is not trying to distract the media. He is being distracted. He darts with quark-like speed¹ from topic to topic in his tweets because that’s how cable news works.

So how does all this play out in the real world? Evan Osnos, a longtime observer of China’s leadership, describes their conclusions after their meetings with Trump last year:

During the Mar-a-Lago meetings, Chinese officials noticed that, on some of China’s most sensitive issues, Trump did not know enough to push back….[Daniel] Russel spoke to Chinese officials after the Mar-a-Lago visit. “The Chinese felt like they had Trump’s number….Fundamentally, what they said was ‘He’s a paper tiger.’ Because he hasn’t delivered on any of his threats. There’s no wall on Mexico. There’s no repeal of health care. He can’t get the Congress to back him up. He’s under investigation.”

….After the summit, the Pangoal Institution, a Beijing think tank, published an analysis of the Trump Administration, describing it as a den of warring “cliques,” the most influential of which was the “Trump family clan.” The Trump clan appears to “directly influence final decisions” on business and diplomacy in a way that “has rarely been seen in the political history of the United States,” the analyst wrote. He summed it up using an obscure phrase from feudal China: jiatianxia—“to treat the state as your possession.”

In other words, the Chinese use the same kind of language to describe the Trump administration that we might use to describe a third-world thugocracy. Ultimately, though, the Chinese figure that’s fine, since it means they can do pretty much anything they like without having to worry about pushback from the former most powerful country in the world. China apparently views the Trump presidency as a huge opportunity for them to spread their influence around the globe unimpeded.