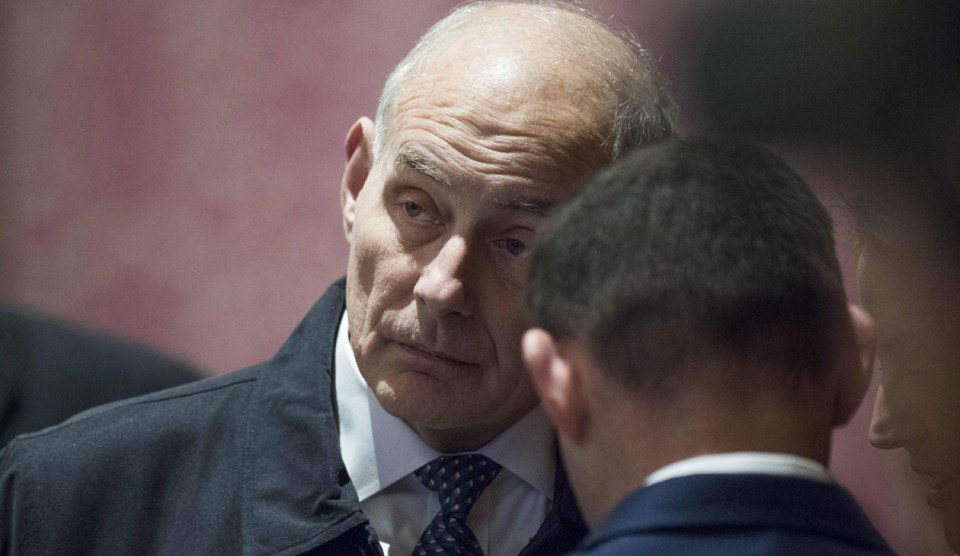 Peter Baker and Maggie Haberman have a piece in the New York Times today about the travails of White House chief-of-staff John Kelly, who has been at the center of a surprising amount of unwelcome drama during his tenure:

He engaged in a heated back-and-forth with an African-American Democratic congresswoman, distorting statements she had made at a ceremony they both attended. He opined that the Civil War resulted from “the lack of an ability to compromise.” He said that Mr. Trump had not been “fully informed” about border issues as a candidate and had since “evolved,” drawing a public retort from the president. Mr. Kelly generated further heat this week when he dismissed many of the more than one million immigrants who were brought to the country illegally as children but who did not apply for the protection of an Obama-era program that Mr. Trump ordered ended next month. Some of them “were the people that some would say were too afraid to sign up, others would say were too lazy to get off their asses, but they didn’t sign up,” he told reporters.

Now, of course, there’s Kelly’s flip-flop on Rob Porter, who he initially defended but then turned against. Kelly’s defenders claim this is because he learned new details about Porter’s spousal abuse, but Haberman takes to Twitter to suggest this probably isn’t so:

As Kelly allies insist he didn’t know details, which he has repeatedly said, it is worth noting he claimed he hadn’t repeatedly threatened to quit (he had), he claimed he wasn’t trying to disappear Kushner and Ivanka (he was) and he insisted a WaPo story on Trump and the Nunes memo was false (it wasn’t). As folks attack journalists, it’s worth bearing in mind the degree to which this White House often uses standard journalistic practices as weapons against journalists.

Translation: like everyone else in the White House, Kelly lies routinely, so there’s really no good reason to believe his latest CYA story. I guess you’re not allowed to say that in the news pages of the Times, but you can imply it on Twitter.