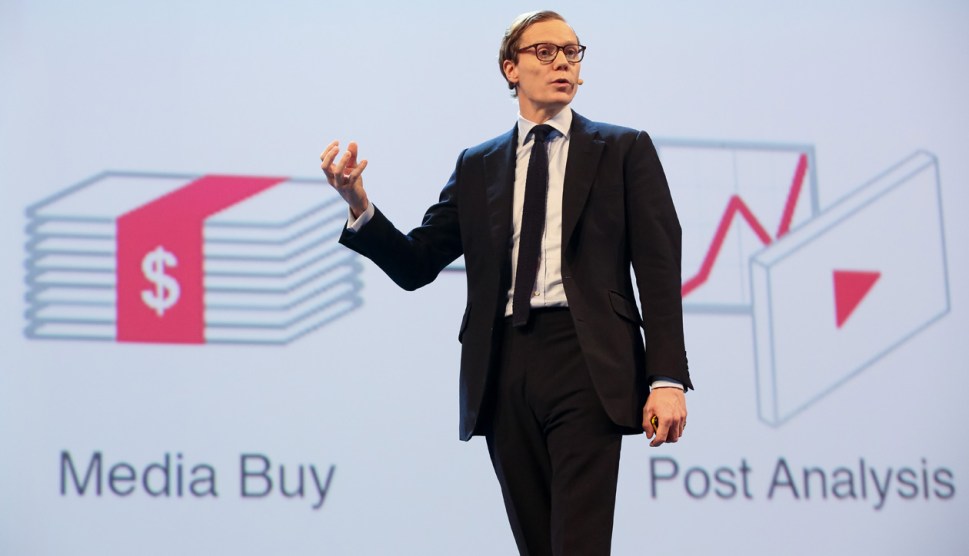 Here’s the latest on Cambridge Analytica, the data company funded by right-wing billionaires and chosen by Donald Trump to help with his 2016 campaign. It comes from Britain’s Channel 4 News:

Senior executives at Cambridge Analytica — the data company that credits itself with Donald Trump’s presidential victory — have been secretly filmed saying they could entrap politicians in compromising situations with bribes and Ukrainian sex workers.

….In one exchange, when asked about digging up material on political opponents, [Alexander] Nix said they could “send some girls around to the candidate’s house”, adding that Ukrainian girls “are very beautiful, I find that works very well”.

In another he said: “We’ll offer a large amount of money to the candidate, to finance his campaign in exchange for land for instance, we’ll have the whole thing recorded, we’ll blank out the face of our guy and we post it on the Internet.”

….Mr Nix also said: “…Many of our clients don’t want to be seen to be working with a foreign company… so often we set up, if we are working then we can set up fake IDs and websites, we can be students doing research projects attached to a university, we can be tourists, there’s so many options we can look at. I have lots of experience in this.”

This is quite an organization: honey traps, bribery offers, hidden identities, and, of course, massive amounts of misused Facebook data. It sounds like a company right after Trump’s heart, doesn’t it?

Amusingly, CA’s defense is that they were entrapping the fake reporter in order to make sure they weren’t dealing with anyone corrupt:

Assessing the legality and reputational risks associated with new projects is critical for us, and we routinely undertake conversations with prospective clients to try to tease out any unethical or illegal intentions. The two Cambridge Analytica executives at the meeting humoured these questions and actively encouraged the prospective client to disclose his intentions. They left with grave concerns and did not meet with him again.

….CEO Alexander Nix acknowledges that on this occasion he misjudged the situation: “In playing along with this line of conversation, and partly to spare our ‘client’ from embarrassment, we entertained a series of ludicrous hypothetical scenarios. I am aware how this looks, but it is simply not the case. I must emphatically state that Cambridge Analytica does not condone or engage in entrapment, bribes or so-called ‘honeytraps’, and nor does it use untrue material for any purpose.”