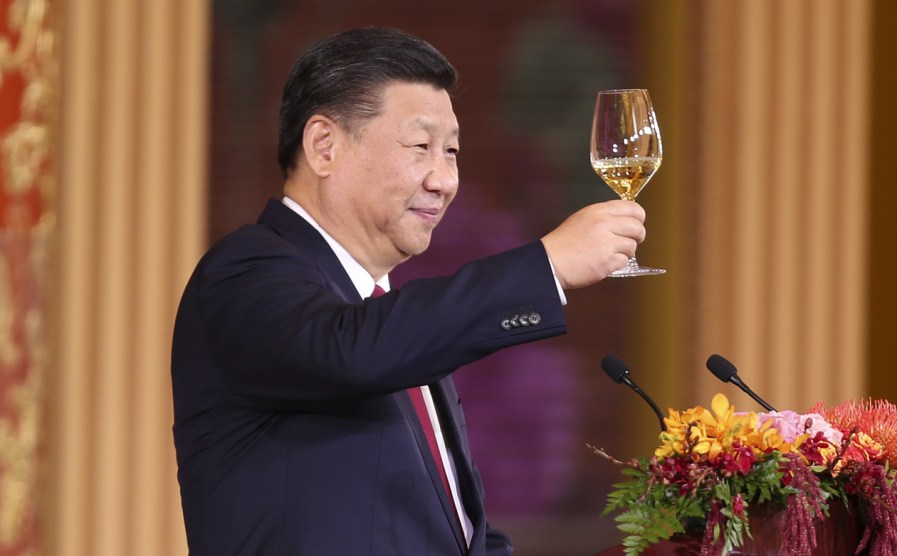 Why does President Trump feel “liberated” just because he’s done a few dumb things lately? Dan Drezner has the right idea: “Trump has such a short-term worldview that if something calamitous does not happen immediately after he does something, it bolsters his assumption that he’s bulletproof.” So if Trump levies tariffs on steel and aluminum and the world is still spinning on its axis a week later, he figures that all the Chicken Littles were wrong yet again.

Oddly enough, the rest of the world seems willing to confirm this worldview. Here’s Europe:

EU officials are urging the White House to consider both significant trans-Atlantic economic links and risks the duties could pose to the broader alliance that shaped the postwar global order. The EU is also calling on the U.S. to jointly tackle China’s market-distorting policies instead of punishing partners world-wide. “What we want to do is to clear up this mess,” Ms. Malmstrom told the European Parliament last week. “We don’t want a trade war.”

China responded to the threat of new tariffs from the United States by vowing Tuesday to further open its own markets to foreign trade and investment, while warning that a trade war between the two nations would hurt both sides….China’s premier, Li Keqiang, said the issue should be solved through dialogue and negotiation. “No one will emerge a winner from a trade war,” Li told a news conference at the conclusion of China’s annual parliamentary session. “What we hope is for us to act rationally instead of being led by emotions.”

I’m happy to see both China and Europe acting as the adults in the room, but I’m a little surprised they think it will accomplish anything other than to embolden Trump. His takeaway from this is going to be that he was right all along: if you follow through on your loud, brassy threats, your enemies will back down like the paper tigers they really are. He’s done this to the Republican Party, and sure enough, they’ve mostly acted like cowed teenagers. Now he’s doing it to Europe and China, and they’re begging for mercy and mewling that “no one wants a trade war.”

I don’t know if Trump wants a trade war or not, but I know exactly how he’ll interpret “no one wants a trade war”: as a declaration of preemptive surrender. And having won this round, he’ll now be even more likely to start another.

I don’t especially care if Europe or China gets hurt ever so slightly by Trump’s tariff idiocy. What I do care about is Trump deciding that governance via threat and bluster works. If he gets away with this, it’s a lot more likely that he’ll decide to just kill NAFTA, even though all the big brains say he shouldn’t. And if that hasn’t caused any big problems within a few weeks, he might decide that, say, blockading North Korea is also a great idea. Sure, it makes all the national security “experts” nervous, but he knows that Kim Jong-Un won’t have the balls to retaliate. No one ever does.

Until someone does, that is.

The only way to get through to a guy like Trump is to hit back hard enough that his teeth rattle. Ideally, Republicans would have done this from the start, but they abdicated their responsibility to the country long ago. So now it’s up to the rest of the world. Trump has told them exactly what he wants to do, and they’d do well to take him both seriously and literally.