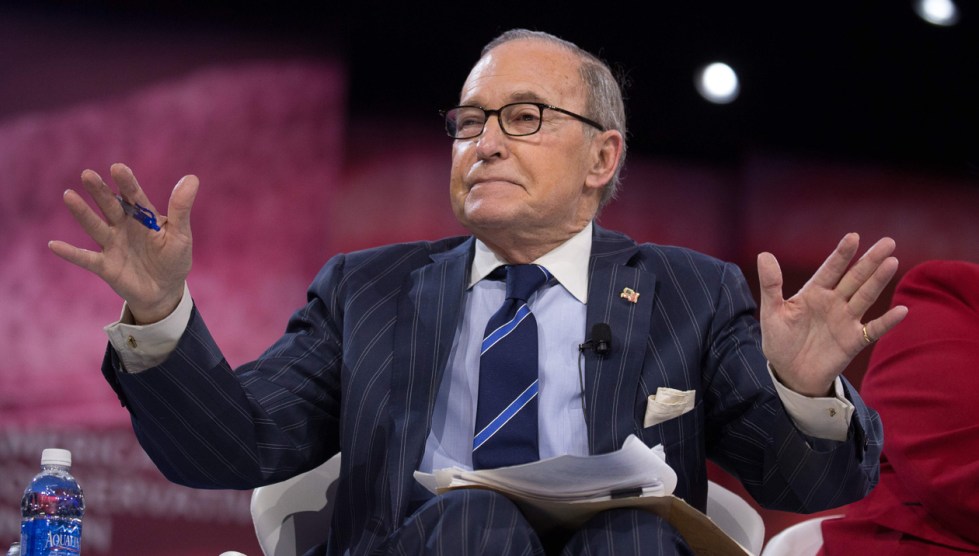 From the perspective of Economics 101, everybody hates tariffs.¹ But even among economists, there’s broad agreement that tariffs have one legitimate use: as a weapon to force another country to lower tariffs. Cue Larry Kudlow:

Kudlow to reporters 15 minutes ago: “Technically, both countries have just proposed tariffs. Nothing enacted. I think that’s an important point.. Nothing around the corner. There’s going to be a big discussion about it.” https://t.co/iZvol8F2bV

It’s a funny thing. There are a couple of areas where Donald Trump’s habit of bluster and bullying can be genuinely effective. One of them is illegal immigration: by scaring the hell out of everyone, he probably really has reduced traffic across the border.² Another is trade: by threatening China, he might very well get concessions that others haven’t. But having done the blustering and bullying, I wonder if he can now switch gears and handle negotiations with China with the dexterity to get what he wants? Or does China know that he’s likely to cave as soon as he gets just enough to claim victory on Twitter?

¹The contemporary liberal case against trade agreements goes beyond Econ 101. Liberals don’t generally favor tariffs, which are already low in any case, but they’re unhappy over things like patent protection and corporate control of the adjudication process. If modern trade agreements were solely about reducing tariffs on goods, there would hardly be anyone opposed to them.

²Whether this effect lasts more than a year or two is a whole different question.