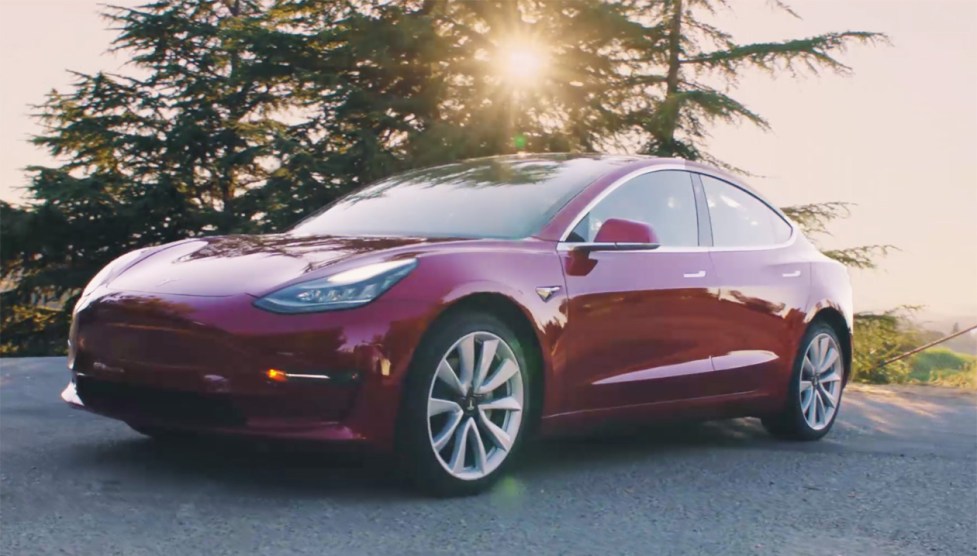 Last week, Consumer Reports announced that they couldn’t recommend the Tesla Model 3 because it had lousy brakes:

Today they changed their mind:

….Last week, after CR’s road test was published, Tesla CEO Elon Musk vowed that the automaker would get a fix out within days….In an email to CR, a Tesla spokeswoman said that the company had improved the software for the Model 3’s antilock braking system to adapt to variations in how the brakes might be used and to respond to different environmental conditions.

It’s quite astounding that Tesla is able to improve something as physical as braking distance with a software update and also astounding that they are able to update so quickly—even pure software firms don’t respond this quickly! Quite the win for Tesla.

Not so fast. The real issue here is not that Tesla can push out software updates quickly. That’s hardly dazzling technology. Nor is it the fact that Tesla’s brakes are computer controlled. Everyone’s brakes are computer controlled these days. The real issue is that Tesla apparently did a rushed and crappy job of calibrating their brakes before they released the Model 3 to the public. Why? How is it that they began shipping a car with emergency stopping “far worse” than any contemporary car CR has ever tested? Is it because:

I’d add a fifth option that was less damning if I could think of one. But the best I can come up with is that maybe this is just one of those things and doesn’t really reflect on Tesla one way or the other. Everyone occasionally has defects, after all.

That said, I’m more worried about the lousy microcode that produced this problem than I am impressed by the fact that the code could be updated over the air. To be honest, I’m not even all that impressed with the speed of the update. Is a week really enough time to properly test a significant change to the code that controls the brakes? I’m not so sure.