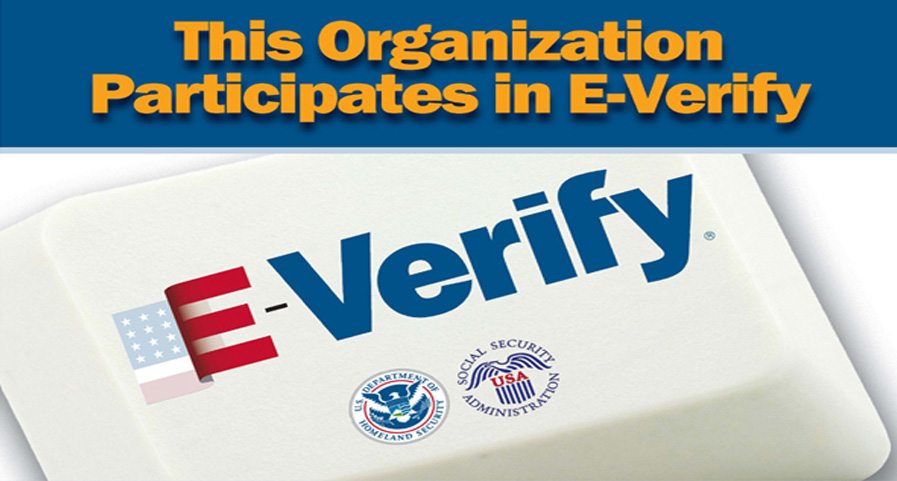 We all know that Donald Trump is “tough” on the border. He wants to separate families, keep out Muslims, deport Mexicans, conduct flashy raids, and build a wall. These things range from heartless to useless, but there’s a funny thing missing from the list:

In President Trump’s many vocal pronouncements about stopping illegal immigration, one solution he promoted during the campaign has been conspicuously missing — a requirement that employers check whether workers are legal.

Eight states require nearly all employers to use the federal government’s online E-Verify tool for new hires, but efforts to expand the mandate to all states have stalled, despite polls showing widespread support and studies showing that it reduces unauthorized workers….With the unemployment rate at a 17-year low and the Trump administration cracking down on foreign workers, lawmakers are reluctant to champion a measure that could exacerbate the labor shortage and hurt business constituents — even one that is popular among a broad swath of Americans.

House Republicans are forging ahead with a debate over the future of young undocumented immigrants who arrived in the United States as children, but the fate of an E-Verify provision remains in limbo.

I occupy a weird spot these days: somewhere in the middle on immigration. That doesn’t sound like it should be weird—it’s the middle!—but at least in public discourse it seems to be entirely missing. On the right they’re all arguing about how big the crocodiles should be in the moat they’re going to build next to the razor wire wall. On the left there seems to be almost no appetite for enforcing immigration laws at all. But for various reasons, most of them practical, I favor limiting immigration. However, I don’t want to stop it dead, and I don’t want enforcement to be flamboyantly inhumane. I just want people to know that there’s a fairly reasonable way to apply for legal entrance, but if you’re in the country illegally you’ll eventually end up back where you came from. That’s all.

The best way to do this is to attack the problem at its source. With a few exceptions, the reason that immigrants cross the southern border is economic: they can get better jobs in America than they can in Mexico or Guatamala. So the obvious answer is not a bigger fence or more raids: it’s cutting off the jobs. And the best way to do that is to force employers to follow the law when they hire people, and to apply enough resources to it that they know there’s a good chance of getting caught if they don’t.

The benefits of this system are legion. First, it’s American law enforcement dealing with American employers. Second, the fines levied help pay for most or all of the enforcement. Third, ICE agents don’t need to demand papers from people who are doing nothing but speaking Spanish. Just leave them alone and arrest people who commit crimes. Fourth, you don’t need to separate families or even spend much time deporting people. If they can’t get jobs, they’ll move back home on their own.

Now, I’m well aware that E-Verify isn’t perfect. It needs to be improved, and the appeal procedure needs to be quick and accurate. But that can be done, and it can probably be done for a lot less money than building a stupid wall or taking kids away from their parents. No system built by humans is perfect, but E-Verify could probably be 99.9 percent accurate if it were designed properly, and that would be good enough.

So what’s the holdup? The answer is that no matter how much social conservatives think they own the Republican Party, they don’t. Corporations and rich people own the party, and they don’t want ICE agents raiding them. They don’t really care very much if Trump screws around with a wall, because they know a wall won’t make much difference. But they do care about E-Verify, because it would work and it would cost them money. So it lies around unloved, even though it’s almost certainly the best immigration enforcement option we have. And when I say “best,” I mean it’s both the most effective and the most humane.

Now, there’s still the question of what the basic immigration law should be. Guest workers? Higher quotas? Lower quotas? Quotas based on labor needs? For my money, I’d want something that allows in more immigrants, but not a lot more immigrants. Whatever it is, though, it has to be decided no matter what the enforcement mechanism is. And once we’ve done that, E-Verify is the way to enforce it.