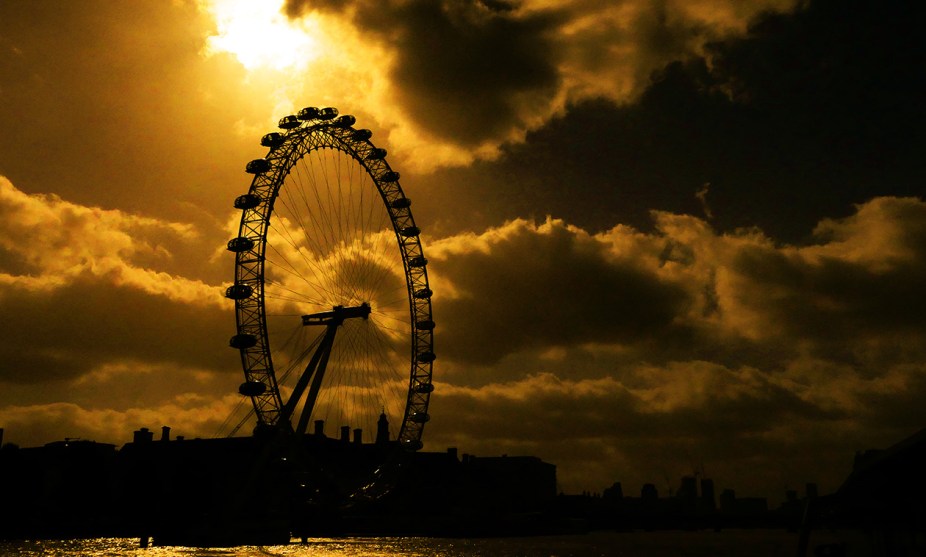 The eye of London never rests. Even though the hour may be late, there's still time to put an end to the Kremlin's dream of splitting the EU, crippling NATO, and undermining the transatlantic relationship.

As we wait for Donald to size up Kim, there’s something that’s been rattling around in the back of my head for while: is there any chance of Britain deciding to pull the plug on Brexit?

Speaking generally, the reasons for wondering this are (a) it was a really close vote, (b) it was a nonbinding vote, (c) Theresa May was initially anti-Brexit, (d) Scotland, (e) Northern Ireland, and (f) EU negotiations have gone badly and it’s pretty obvious that Britain isn’t going to get the deal its supporters so giddily promised during the campaign.

None of that by itself would be enough to derail Brexit, but it does provide a background suggesting that if something big cropped up, it might result in everyone deciding to let bygones be bygones. And guess what? Over the past week, a couple of big things cropped up.

The first was the recent G7 meeting, which put a very definitive cherry on top of Donald Trump’s campaign to wreck Europe. This has been building for months, of course, but after Trump’s performance this weekend there could be a real belief on both sides that this is a time for a united front against the US, not for squabbling over EU rules on the size of bananas.

The much bigger big thing, however, is this: there is now considerable evidence of Russian interference in the Brexit vote, and in particular a Russian alliance with a billionaire Brexit backer named Arron Banks. Here is Charlie Stross:

The Murdoch press [has begun] an extraordinary about-face on Brexit. For about a year now Carol Cadwalladr of The Guardian has been digging into Cambridge Analytica, the Leave.EU campaign, and possible links to Russian state agencies and oligarchs. These links were known to some pro-leave journalists as much as two years ago, but they’re only now coming to public view.

Arron Banks is one of the main bankers of the Brexit campaign and appears to have very cordial relations with the Russian government, not to mention half a dozen Russian gold mines….Indeed, The Observer reports that Arron Banks ‘met Russian embassy officials multiple times before Brexit vote’….Oh, and the Fair Vote Project is going after him in court in the US, following allegations that two companies owned by Banks may have illegally exported information on British voters to the USA….Banks had extensive meetings with the Russian ambassador to the UK, who is also named on the indictment of ex-Trump campaign aide George Papadopoulos; Banks also passed contact information for Trump’s transition team to the Russians. So he’s a critical link in the Brexit/Trump/Russia connection.

Vice adds a bit of detail: “Banks met with Alexander Yakovenko, the Russian ambassador to the U.K., at least three times in the months leading up to the vote to exit the European Union, and even invited him to a Brexit results party in Westminster. Banks also exchanged emails with the embassy and other Russian officials, including Alexander Udod, a diplomat who was subsequently expelled from the U.K. over the poisoning of Sergei Skripal and his daughter….Banks, along with close friend and former Ukip leader Nigel Farage, was among the very first overseas political figures to meet Trump after his surprise victory in November 2016.”

And a bit more from Josh Marshall:

Turbulence in or breakdown of the EU is a key Russian strategic goal. Russian diplomats courted key Brexit leaders (Banks, Farage, et al.) and apparently offered opportunities to get huge sums of money….In other words, the relationship between Russia and the Brexit campaign now looks very much like what President Trump’s accusers believe happened simultaneously in the United States.

….Once the Leave forces won the referendum, Banks, Wigmore and Farage turned attention to campaigning for Trump. They traveled as a group to Mississippi in August 2016 where Farage, fresh off his Brexit triumph, campaigned with Trump in Jackson, Mississippi on August 24th. This was just six days after one of Banks’ meetings with Yakovenko. The trio was were also at the GOP convention a month earlier. They also shared digital media firm Cambridge Analytica. Later it emerged that Farage had an on-going back-channel to Julian Assange.

This is all making a big splash in the British press right now, and it’s happening during a week of key Brexit negotiations with the EU—which aren’t going especially well. I can’t pretend to be deeply versed in the politics of Brexit or to know if pulling back is even possible right now, but it sure seems like a lot of things are converging that might encourage all sides to take a deep breath and reconsider the wisdom of being pawns in Vladimir Putin’s anti-West chess game right now.