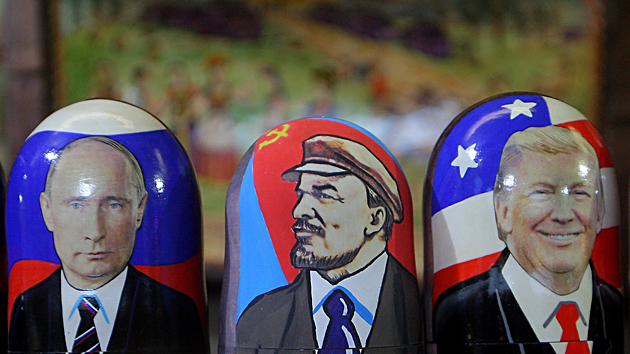 Josh Marshall verbalizes today what’s been on my mind—and many other minds—for at least the past year:

Over the course of 16+ months, President Trump has acted consistently and with some success to destabilize and break up the western alliance — both its formal manifestation in NATO but also its less formal dimensions in trade and other partnerships. He has also worked consistently on really every front to advance the interests of Russia.

Less obviously to many Americans, he’s been doing something similar in East Asia. The U.S. alliance with Japan and South Korea…is not simply to protect against North Korea. It is to build a series of security relationships with countries on that periphery to act as a counterweight to the regional (perhaps world) great power, China.

….The last twenty four hours of attacks on our closest allies capped by President Trump’s seemingly out of the blue demand to bring Russia back into the G-7 (making it again the G-8 which it was for most of the post-Cold War era until Russia was expelled over the annexation of Crimea) simply brings the matter into a newly sharp relief. If candidate Trump and President Putin had made a corrupt bargain which obligated President Trump to destabilize all U.S. security and trade alliances (especially NATO, which has been Russia’s primary strategic goal for 70 years) and advance the strategic interests of Russia, there’s really nothing more remotely realistic he could have done to accomplish that than what he has in fact done.

Take a moment to let that sink in. I need to take a moment to let it sink in. It’s shocking to me. It’s shocking to me what’s happening….We have a President who clearly got a great deal of assistance from Russia in getting elected….He’s doing all the stuff he’d have been asked to do if such a corrupt bargain had been made. At a certain point — and I’d say we’re clearly at or past that point — it really doesn’t matter whether we can prove such a bargain was made. I’m not even sure it matters whether it was explicit or even happened. The bank robber helped the teller get the job and now the teller just won’t seem to lock the safe or even turn on the alarm. We can debate forever whether the teller is just absent-minded or has some odd philosophical aversion toward locks. The debate may be unresolvable. It truly doesn’t matter.

I’m not an unreconstructed Cold Warrior who hates Russia, and I’m sure Josh isn’t either. Nevertheless, Vladimir Putin is unquestionably a bad guy: he rigs elections, he tosses critics into prison, he’s built his populist cred on horrifically homophobic policy, he shuts down any media he doesn’t control, he threatens his neighbors, and he rules as an autocrat. It’s certainly no wonder that Trump seems to admire him. It’s pretty plain that Trump would like to rule that way too if he could figure out a way to do it.

But it’s worth noting that this isn’t just about Russia. If Trump came to office and started doing everything in his power to help France and hurt the rest of Europe, that would hardly be any better, even if France is currently a more admirable country than Russia. An American president isn’t obligated to literally ignore the interests of the rest of the world, but an American president is supposed to generally put America’s interests first. Trump talks about that constantly, but he sure doesn’t seem to do it in practice.

But if there’s anything even worse about this, it’s the fact that the Republican Party just doesn’t seem to care. A few of them speak out occasionally, usually if they’ve decided not to run for reelection, but that’s about it. Trump is dedicated to total support of Israel, and that by itself seems to be about the only foreign policy issue that matters to them anymore. Russia, China, free trade, NATO—meh. As long as Trump keeps selling plenty of hardware to Israel and delivering lots of right-wing judges to the Senate, they’re happy enough.

Yes, it’s shocking. And it’s even more shocking that we’ve gotten to the point where it hardly even seems that shocking anymore.