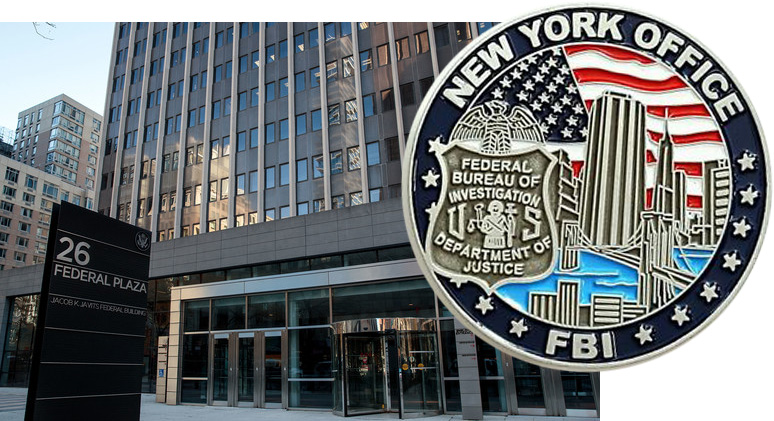 There’s very little evidence that the FBI was biased in any way against President Donald Trump during the 2016 campaign. The sole piece of evidence that Trump relies on for this allegation is a series of private texts between Peter Strzok and Lisa Page, but there’s no evidence at all that their private views ever affected any of their actions.

Just the opposite is true for the FBI’s New York office, which obviously harbored considerable animus toward Hillary Clinton and just as obviously took concrete steps to help Trump. Here’s a short version of the evidence:

A few days ago, Rep. Devin Nunes admitted something he had never acknowledged before: In late September 2016, New York FBI agents told him about the existence of Anthony Weiner’s laptop, which eventually led to the Comey letter of October 28.

On October 26, Rudy Giuliani boasted to Fox News’ Martha MacCallum that Trump had “a surprise or two that you’re going to hear about in the next two days. I’m talking about some pretty big surprise.” He later backtracked, but it’s pretty clear that agents in the New York office had told Giuliani what was going on.

The recent inspector general’s report confirms what we’ve long known: One of the reasons Comey wrote his October 28 letter was his fear that the New York office would leak about the Weiner laptop if he didn’t.

As we describe in Chapter Ten of our report, the factors considered during those discussions included…Fear that the information would leak if the FBI failed to disclose it.

Jim Baker, the FBI’s general counsel, confirmed that the possibility of a leak was widely discussed within the bureau:

Baker told us that a concern about leaks played a role in the decision to send the letter to Congress. Baker stated: “We were quite confident that…somebody is going to leak this fact. That we have all these emails. That, if we don’t put out a letter, somebody is going to leak it. That definitely was discussed.”…Baker told us that “the discussion was somebody in New York will leak this.”

On the day of the Comey letter, a fellow named Jeremy Dickey overheard an FBI agent making a telephone call on a plane.

Update he now is talking about how the NY FBI office pressed to have the A. Weiner info leaked

Now saying “You know how the run things out of NY office, they would have leaked the email connection with Weiner”

The inspector general’s report also tells us about a conversation Comey had with Attorney General Loretta Lynch three days later. Here is Comey’s recollection of that conversation:

I said, “Look this is really bad, but the alternative is worse.” And then she said, “Yeah would they feel better if it had leaked on November 6th?” And I just said, “Exactly Loretta.”

He said it’s clear to me that there is a cadre of senior people in New York who have a deep and visceral hatred of Secretary Clinton. And he said it is, it is deep. It’s, and he said, he said it was surprising to him or stunning to him.

This isn’t everything, just the clearest evidence we have not just that the New York office hated Clinton and were widely known leakers, but that everyone knew they hated Clinton, and that a leak was inevitable once the Weiner laptop was discovered. This was, for some reason, not a topic the inspector general highlighted much in his report. However, the more general topic of the FBI’s “culture of leaks” will apparently be the subject of a future report.