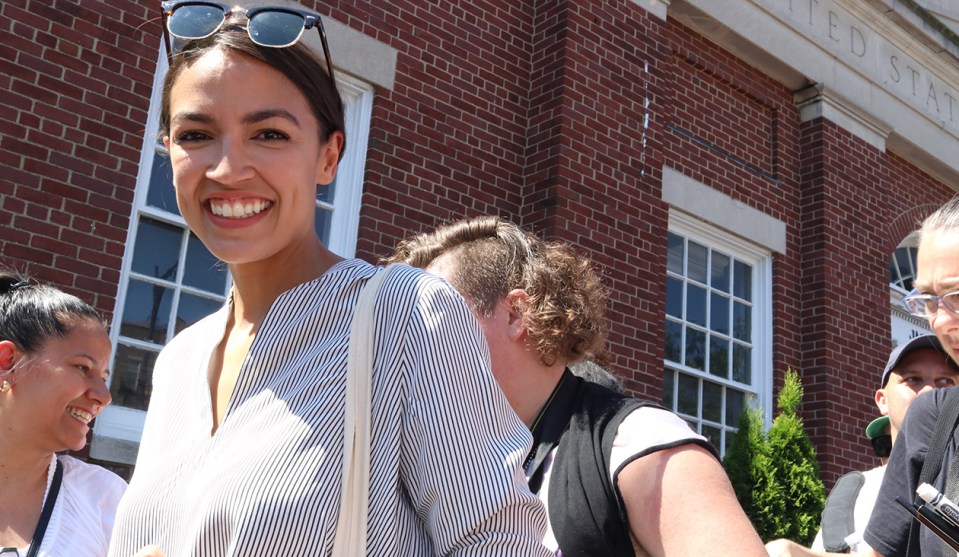 It’s been a week since Alexandria Ocasio-Cortez beat Joe Crowley in New York’s 14th congressional district, and she’s still getting monster attention in the press. I have to admit I’m a little unclear on why this is. Her win was impressive, and Crowley was part of the Democratic leadership team, but does she really represent some kind of sea change in the party? I’m not sure I see it.

Nevertheless, I’m interested in just what she means when she says she’s a socialist. I’m starting to wonder if, like “neoliberal,” it’s becoming a useless term that means whatever you want it to mean. To me, “real” socialism is about the state owning the means of production, but Ocasio-Cortez seems to have different ideas. Here’s what she told Stephen Colbert:

I believe that in a modern, moral, and wealthy society, no person in America should be too poor to live. What that means to me is health care as a human right, it means that every child no matter where you are born should have access to a college or trade-school education if they so choose it. I think that no person should be homeless if we have public structures or public policy to allow for people to have homes and food and lead a dignified life in the United States.

Briahna Gray, who says that “socialism is inextricable from Ocasio-Cortez’s success,” approvingly passes along the following definition:

When we talk about the word socialism, I think what it really means is just democratic participation in our economic dignity, and our economic, social, and racial dignity. … It is about direct representation and people actually having power and stake over their economic and social wellness, at the end of the day. To me, what socialism means is to guarantee a basic level of dignity.

These statements are both so indistinct that I have a hard time associating them with anything, let alone socialism. Mostly, it just sounds like the left wing of the Democratic Party but without trade unions. What kind of socialism doesn’t care about the means of production and doesn’t mention unions once in a 5,000-word platform?

It’s funny. I guess what really gets me is that we already have a perfectly good term to describe people like Ocasio-Cortez (and Bernie Sanders): social democrat. That’s basically the European left, which is why Ocasio-Cortez’s platform would sound pretty ordinary if she were running for office in Sweden or Germany. It’s what I call myself if I’m talking to someone who understands what it means. But the fact that it’s foreign makes it taboo in America. Instead we make up a new term and then struggle to define exactly what it means.

But the truth is that American liberals aren’t becoming either socialists or Bernie-bots. American liberalism is simply moving once again in the direction of Europe. This is something that conservatives have been accusing us of for decades, mostly because it’s true. Our progress in that direction is slow and halting, and sometimes it just stops dead for a while, but American liberals have always admired the social democratic model of Europe. Maybe sometime soon it will become acceptable to just say so.