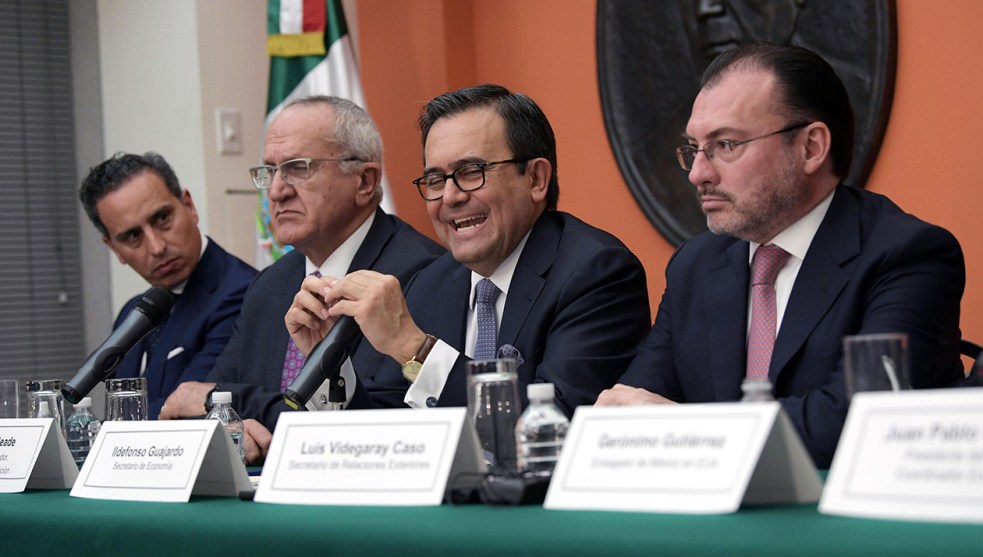 I’m trying to make some sense out of the NAFTA deal we’ve just made with Mexico, but it’s tough sledding. The first part is easy:

Fine. That’s easy enough to understand, and I’m sure the rules for determining if something is manufactured in North America will stay the same. All that changes is the number. But then there’s this:

Well, is it 40 percent or 45 percent? Based on other stories I’ve read, it sounds like it’s going to be 40 percent in most cases. But wait!

White-collar work in North America could contribute up to 15% toward the car’s 40% labor threshold—which could potentially allow a car to qualify for duty-free treatment if 25% of its physical content were made with high-wage labor, the officials said. The credit for R&D would lift the Detroit manufacturers because they do the overwhelming amount of research, design and marketing work in North America. German, Japanese and Korean auto makers, by comparison, tend to do a greater amount of their R&D overseas.

Labor rates in Mexican plants apparently range from $4-8 per hour, which probably means a quarter of all current labor is around $8 per hour. That needs to come up to $16. But what does “one quarter” mean? Is it a quarter of, say, all the parts that are assembled? A quarter of the cumulative time taken for each assembly task? A quarter of the entire labor value of the car? These definitions can make a big difference. For example, it could mean a pay increase of 40 percent for the highest-paid workers (to get them over the $16 level) but a pay decrease for everyone else (because any level below $16 doesn’t matter for 75 percent of the workers). Until we see the details it’s impossible to say.

In any case, neither of these things seem like deal-killers for Canada, so it seems likely that Canada will sign on unless it has some reforms of its own that it insists on. Which it might.

And one last thing: Note that nothing in this deal has anything to do with milk or lumber or fisheries or financial services or anything else. It’s just a couple of smallish changes to the section of NAFTA about cars. That’s it. That’s all that Donald Trump cares about. Plus he wants to rename the treaty because everyone hates NAFTA. I recommend MENGA, the Make El Norte Great Again Treaty.