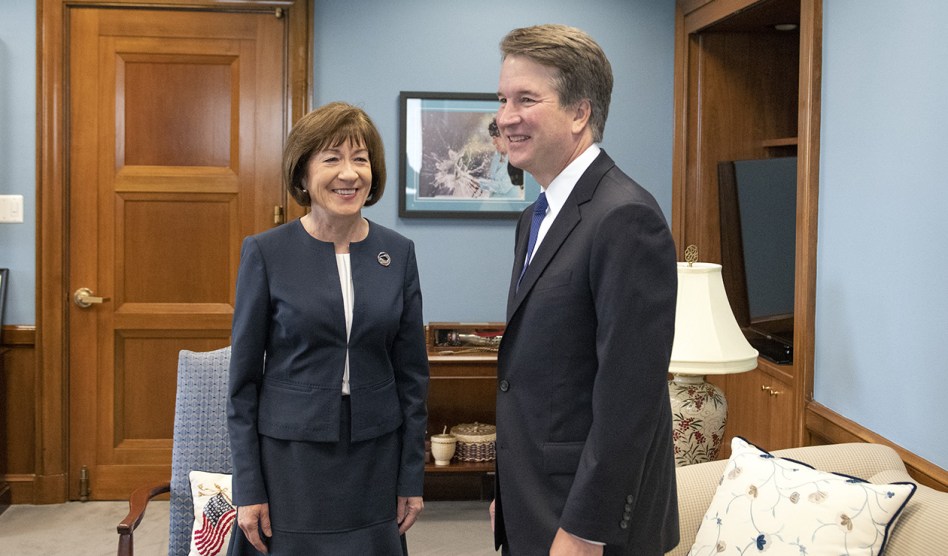 This is from an interview with Sen. Susan Collins recorded a few days ago:

.@SenatorCollins on Brett Kavanaugh: “First of all, I do not believe he’s going to repeal Roe v. Wade.”

She says she’s “very close” to a decision. https://t.co/OKQXwpmzBl

Well, of course he’s going to repeal Roe. That doesn’t mean he’s literally going to be the author of an opinion that explicitly makes abortion illegal, but it does mean that everyone with a pulse knows perfectly well that he’ll be part of a reliable five-justice majority that will steadily dismantle abortion rights until Roe is repealed in all but name. That much is obvious. The part that puzzles me is what Collins really thinks. Is she really so credulous that she believes Kavanaugh will be a vote for reproductive rights? Does she know he isn’t, but doesn’t want to admit it in public? Or what?

Beats me. But there’s a second implication of this tweet too—one that’s so subtle it might not even be there. And yet, the “very close” phrasing somehow gives me the feeling that Collins—along with plenty of other Republicans—is actually more likely to vote for Kavanaugh because of the attempted rape allegations against him. In Collins’ mind, it’s turned the whole thing into a deeply unfair and partisan attack on Kavanaugh, and that raises her hackles. It would certainly raise mine if the tables were turned. That in turn makes her determined not to get conned by a liberal lynch mob, and thus more likely to vote for Kavanaugh.

This is just a guess on my part. Of course, I always figured she was a Yes vote on Kavanaugh from the moment he was announced, so maybe none of this has made any difference at all.