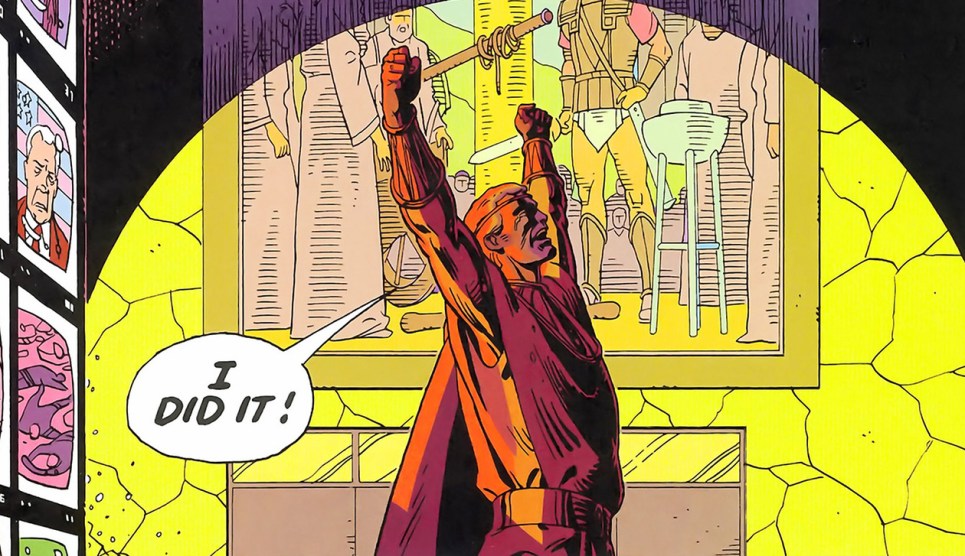 Jonah Goldberg offers us a post today about the great divide: those who believe in the perfectibility of man and those who don’t. This time he comments on Thomas Sowell’s version of this argument:

….The trouble with the debate we have now is that one side of the argument not only believes there are no trade-offs, but that even suggesting there are is proof of bigotry and evil. That is not how the argument for more generous or humane immigration policies can be won, but it is how the argument can be lost, as we are seeing in much of Europe right now.

Can someone help me out here? I don’t know if Rousseau really believed that mankind was perfectible, but either way I doubt that anyone since him has believed it in any practical sense. Certainly there are many of us who believe in working toward perfection—which is nothing more than trying to become better—but that’s about it.

So what’s the deal with so many conservatives who seemingly believe that we liberals believe in the perfectibility of mankind? I sure as hell don’t. I believe that humans are, by and large, mean, nasty, greedy, tribal, and ignorant—which is precisely what makes the liberal political program so indispensable. From the Enlightenment onward, Western liberals have done their best to promote a culture dedicated to fighting our worst and basest instincts in order to improve the lot of the destitute and construct a better world. This seems admirable, doesn’t it? Certainly it seems admirable compared to defending the powerful and keeping the poor in their place because, hey, human nature is horrible and there’s no point in fighting it.

As for trade-offs, it’s hard to say anything except huh? Conservative “trade-offs” are almost never anything but thinly-veiled excuses for not doing anything to upset the current order. The modern Republican Party, in particular, is almost entirely committed to the propositions that tax cuts pay for themselves, wars don’t cost anything, social welfare hurts the poor, climate change doesn’t exist, and the unregulated free market magically solves all problems. If there’s ever been a political party more dedicated to selling itself to the electorate on the basis of no trade-offs or sacrifices ever being necessary, it’s the contemporary GOP.

Anyway, Goldberg’s narrow point in his post today is that some lefties believe in open borders, which is something of a utopian stand that denies the existence of trade-offs. And sure, it’s true that the left has always had its small coterie of idealists, who we endure because they act as a prod to keep us pragmatic types from getting too lazy and comfortable. But the same is true of the right. I doubt that anyone on the mainstream right really believes in, say, a world in which abortion has been completely eradicated. Nonetheless, they tolerate the idealists who are working toward that goal.

Bottom line: if you want to belong to a movement that’s practically founded on the notion that although human nature is pretty squalid, human society can still be made better with lots of hard work and trade-offs, become a lefty! We still have room for you.