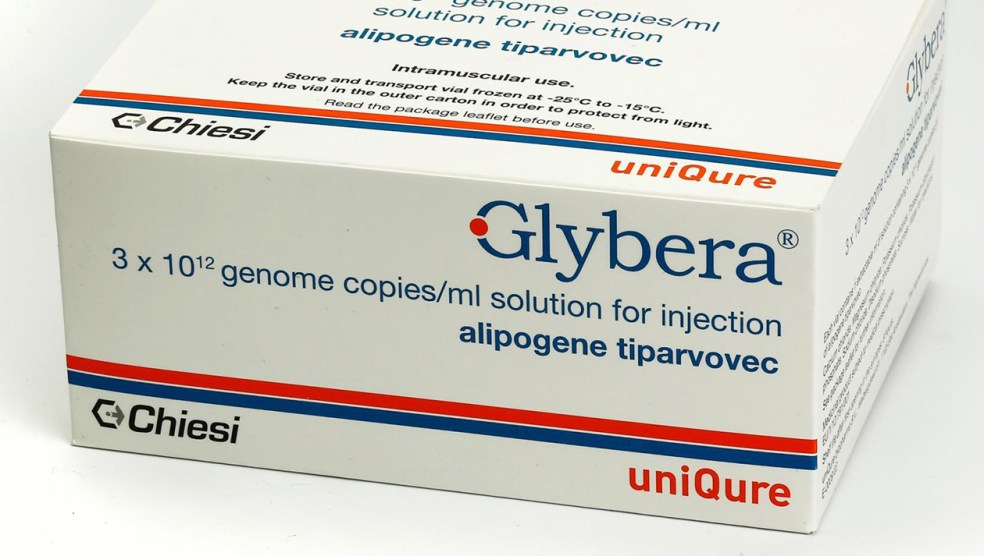 The usual story of high-priced drugs goes something like this:

But the story goes a little differently for a recent drug designed to cure lipoprotein lipase disorder (LPLD), which affects about one out of a million people. The usual therapy for LPLD is an extremely low-fat diet, but that has limited efficacy. Since LPLD is a genetic disease, women who have it still can’t have children. And even if you follow the strict diet that LPLD demands, you still risk getting pancreatitis, a painful and prolonged problem.

Eventually, you figure that someone would invent something better. If it goes the normal route, it would be a pill or an injection or something that you’d get, say, once a month, and each dose would cost $10,000 or so. That would cause some outrage, but $10,000 isn’t really that outrageous these days—it’s bog ordinary for lots of cancer treatments—so the drug would most likely slide onto the formulary for most insurance companies and become the treatment of choice for yet another very rare disease.

Still, if you add it up, this comes to more than a million dollars over ten years. Sow what if, instead, somebody invented a one-time treatment that completely cured LPLD and then just charged $1 million for it up front? It’s a ton of money, but it works out to be cheaper than the long-term treatments and it’s better for the patients. So why not?

Well, a drug just like this exists. It was approved for sale. It works wonderfully. One treatment cures LPLD completely for at least ten years.  It’s called Glybera, and it was invented by a team of Canadian researchers. The CBC tells us what happened to it:

In the 2½ years it took to win EMA approval, AMT, which had no other products to sell and no revenue from Glybera, lost millions of dollars. The company was formally liquidated in 2012. Its assets were acquired by a new private company, uniQure….To raise enough money to launch Glybera, uniQure partnered with an Italian pharmaceutical company, Chiesi Farmaceutici. For 31 million euros, Chiesi acquired the rights to sell Glybera in Europe, while uniQure retained the rights to the Canadian and U.S. markets….When Glybera finally went on sale in Europe in 2015, it made international headlines for its price: approximately $1 million US for a single dose….The price tag made it difficult to convince European governments and private insurance companies to pay for Glybera.

And that was that. There were a few doses of Glybera sitting on the shelf, and they were given away. Nobody makes it anymore and nobody has any plans to.

So what do you think? Glybera is a great drug because it actually fixes the faulty gene that causes LPLD. Women can have babies, and everyone can live their lives without worrying that a momentary slip in their diet will put them in the hospital. On the other hand, it costs a million bucks. That’s not too surprising for a drug that probably has a total customer base of about a hundred in all of Europe and North America, but still: it’s a million bucks to cure a disease that’s generally not life-threatening. Should an insurance company be required to pay that much? Or a government-run health service?