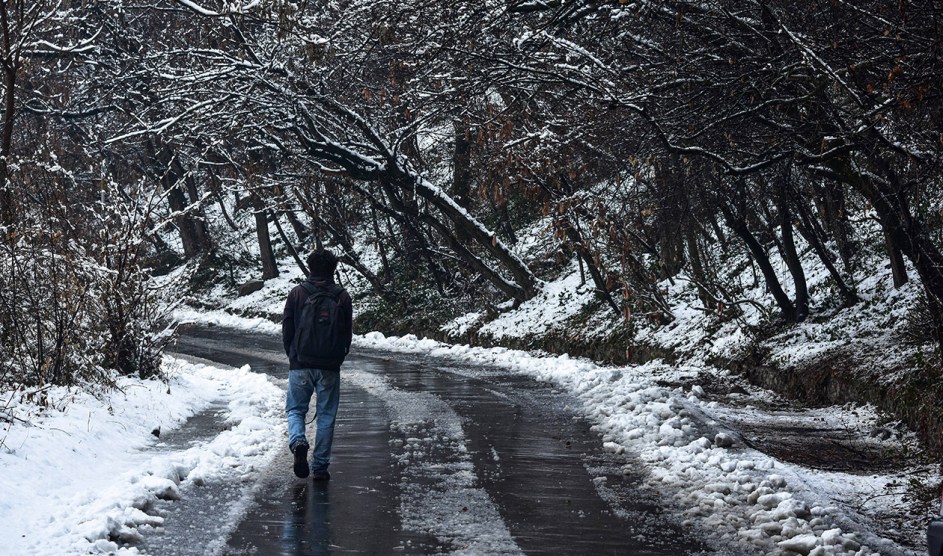 How do you illustrate a blog post about moderates? Beats me, but I gave it a shot by searching our photo service for "moderate" to see what I could get. This one popped up because it's a picture of Kashmir after "moderate snowfall." Good enough!Saqib Majeed/SOPA via ZUMA

So what happened on Tuesday? Vox’s Ella Nilsen provides the nutshell version:

Moderate Democratic candidates were the big winners of swing congressional districts in the 2018 midterm elections, flipping most of the 28 key House districts from Republicans’ control and winning key gubernatorial races, including Michigan, Wisconsin, Kansas, and Illinois. Democrats’ net gain in the House was 26 seats.

Progressive candidates flipped few of those seats. For the most part, the biggest upsets for the left occurred during the summer primaries; most of those districts were already blue and primed to elect Democrats. Many of the left-wing candidates who tested the theory of turning out their base, even in more conservative districts, lost on election night.

The New York Times provides a little more, focusing specifically on the Midwest:

On Tuesday, there were signs of a shift back toward the politics that had long defined the region. Though Republicans remain the more powerful party in the center of the country, voters flipped governor’s offices back to Democrats in those four states and sent Democrats to Congress in several suburban districts that had long been firmly Republican. Moderation plays well in the Midwest.

….What happened in the Midwest this week, bringing an end to total Republican control in three state capitals, was in some cases less a sharp shift on matters of national ideology and more a return to the once-familiar political middle. For at least some voters, the choices seemed less about fiery debates over illegal immigration or who ought to be on the Supreme Court and more about meat-and-potato matters like repairing potholes and paying for schools. Some voters said they simply did not care for too much of one thing — red, blue or otherwise.

This is what I was talking about a couple of days ago. When parties expand, they almost always expand into the center, thus becoming a bit less conservative or progressive in practice. The opposite happens to the losing party. Democrats have been more progressive since 2010 after losing all the blue dogs, and are now set to become a bit more centrist with the addition of lots of new moderate members. Likewise, Republicans became a nearly ungovernable coalition after 2010 thanks to the addition of lots of moderates, and now they’re set to become “more Trumpian”—as many reporters put it—with the loss of all those moderates.

This is the eternal conundrum: your party can be small and pure or large and noisy. In a two-party democracy like America there’s not really a third option unless you can somehow convince more than half the country to adopt extreme political views. Good luck with that.