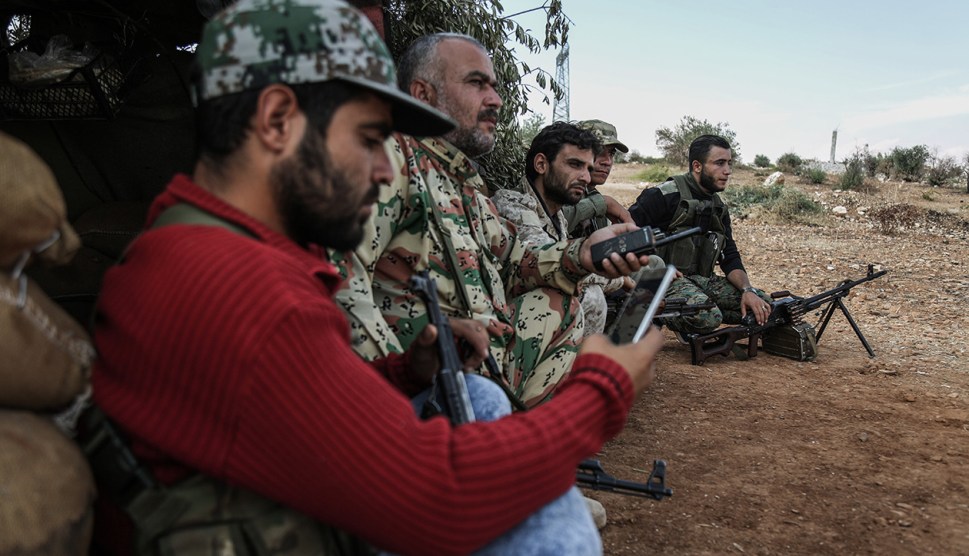 As you know, President Trump has announced that he’s going to pull out all American troops from Syria. According to news reports, he made this decision without really telling anyone first, and the withdrawal will almost certainly be done in the worst, most slapdash way possible. That’s our commander-in-chief for you.

That said, the response to his decision has been remarkably apocalyptic. For example, here’s Victoria Nuland:

With his decision to withdraw all U.S. forces from Syria, President Trump hands a huge New Year’s gift to President Bashar al-Assad, the Islamic State, the Kremlin and Tehran … Everything about this mercurial decision imperils U.S. national interests as defined by Trump himself … As soon as the United States withdraws, the Islamic State will make three moves. It will claim victory over the U.S. infidels, turbocharging a recruiting binge across the Middle East and South Asia. It will pour fresh fighters into eastern Syria. And it will come out of the shadows to retake territory across eastern Syria.

Iran will also flood the zone the United States is abandoning … Iran will also gain control of the major oil fields in Deir al-Zour protected by U.S. forces and the SDF, allowing it to self-finance its land grab … Moscow is celebrating, too … Maybe it will allow Tehran to split the spoils from the Deir al-Zour oil fields; maybe all that cash will go back to Moscow.

Of course, both the Islamic State and the beleaguered SDF will fight for that territory, too, setting off another cycle of bloodshed and Iranian weapons shipments into Syria. That, in turn, will draw Israel’s concern and kinetic response.

This is, believe it or not, fairly typical, even among liberals. If the Weekly Standard were still alive, it would probably spontaneously burst into flames on newsstands across America.

So I’d like to take this chance to remind everybody of something: We’re talking about 2,000 troops. That’s it. And they aren’t fighters, they’re trainers. They were there to train 40,000 or so allied fighters, something that we’ve never, ever shown ourselves very competent at in the first place.

To step back a bit then, we’re supposed to believe that withdrawing 2,000 troops, performing a job we’re not very good at in the first place, will open up Syria and the entire Middle East to hellfire and Armageddon. Seriously?

Look: if 2,000 troops are the only thing holding back the forces of hell in the Middle East—well, let’s just stop there. They aren’t. Can we all just settle down a bit over this?