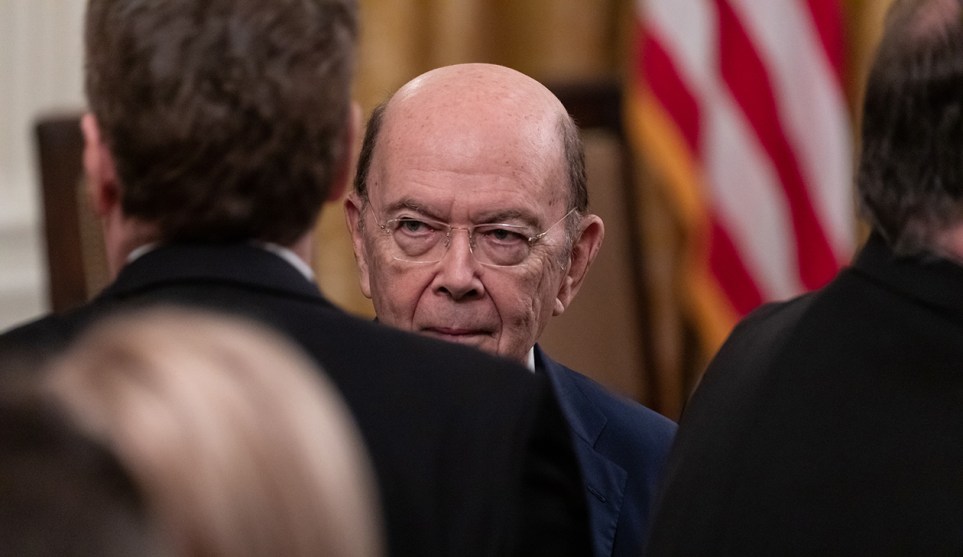 Federal District Judge Richard Seeborg has ruled that Commerce Secretary Wilbur Ross broke the law when he insisted on adding a citizenship question to the 2020 census. Seeborg’s written opinion is brutal:

Nearly a year before issuing that decision, on May 2, 2017, Secretary Ross sent an email to Deputy Chief of Staff Earl Comstock stating in part “I am mystified why nothing [has] been done in response to my months old request that we include the citizenship question. Why not?” What ensued was a cynical search to find some reason, any reason, or an agency request to justify that preordained result.

….When initially approached by Comstock about the citizenship question, the Department of Justice (“DOJ”) opted not to request its inclusion in the census. Comstock then reached out to the Department of Homeland Security, which similarly declined to request the addition of the question. Only after Secretary Ross personally interceded with then Attorney General Jeff Sessions did the DOJ switch its position and request the inclusion of a citizenship question, ostensibly to assist in the enforcement of Section 2 of the Voting Rights Act (“VRA”)

….Secretary Ross’s reliance on VRA enforcement to justify inclusion of the citizenship question was mere pretext and the definition of an arbitrary and capricious governmental act. Moreover, Secretary Ross’s conclusion that adding the citizenship question would enable the Census Burau to obtain more “complete and accurate data” in response to the DOJ’s request is not only unsupported, it is directly contradicted by the scientific analysis contained in the Administrative Record. PTX-26 at 1, 7. While it is of course appropriate for an incoming cabinet member to advocate for different policy directions, to solicit support for such views from other agencies, and to disagree with his or her professional staff, this record reflects a profoundly different scenario: an effort to concoct a rationale bearing no plausible relation to the real reason, whatever that may be, underlying the decision.

The fundamental problem here is one we’ve seen before: Donald Trump and his minions seem to believe that they can simply order things to be done. After all, Trump is the head of the executive branch and cabinet officials are merely carrying out his requests, so why not?

The answer is pretty simple: the president is indeed head of the executive branch, but he is bound by both laws and the Constitution. In this case, the Constitution requires a decennial census, and a plain corollary of this is that the executive branch is required to conduct the census as accurately as possible. In addition, there are laws in place that control how the census is conducted and what questions can be added to it. If you want to make changes, you have to follow those laws. Among other things, they require the executive to explain the reason for their proposed changes. They also require those reasons to be real, not simply made up.

Wilbur Ross, acting as Trump’s deputy, failed to do this. As Judge Seeborg says, it’s quite obvious that Ross wanted a citizenship question added for political purposes, and then set about inventing reasons for it. The result would have been a less accurate census that arbitrarily undercounted non-citizen populations and thereby reduced both congressional representation and federal funding for states like California.

And that, of course, gets us to the core of the whole thing: it’s just another way for Trump to get revenge on California, his most hated enemy. What a great way to run a country.