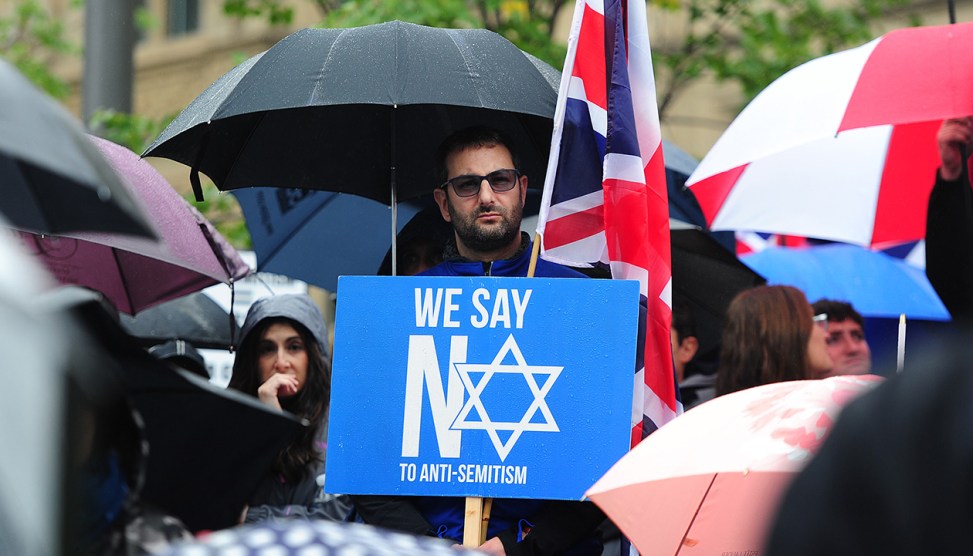 Last month, Rep. Ilhan Omar apologized after suggesting that support for Israel is “all about the Benjamins.” This month she stepped in it again, saying “I want to talk about the political influence in this country that says it is okay to push for allegiance to a foreign country.”

When I first heard this, I immediately grimaced. Charges of “dual allegiance” or “dual loyalty” are a longtime weapon of anti-Semites, and surely Omar knew that. Right? The result of all this is a Democratic-sponsored resolution in the House that condemns anti-semitism but mentions only two examples: accusing Jews of loving money and accusing Jews of dual loyalty. Omar’s name is never mentioned, but it’s obviously no coincidence that those two specific things, and only those two things, just happened to make it into the text of the resolution.

And that got me to thinking. I’m well aware of the long history of the dual-allegiance charge, and if I wanted to talk about support for Israel I’d be careful to choose better words than Omar did. But is Omar aware of the whole dual-allegiance thing? On the one hand, it’s hard for me to believe she isn’t. On the other hand, I’m 60 years old. Omar is 37 and has lived in the US only since 1995. I’m constantly surprised by the things people don’t know, much of which is a result of age differences. So at the risk of being naive, I’d say it’s quite possible that Omar wasn’t aware of the history behind her specific word choice.

And that brings me to my request. I need to make clear up front that this is not a joke and I’m not trolling anyone. But I think it would be handy for someone to write a short piece called something like “How to Talk About Israel.” It should not be long. What I’d like is, say, a top five or top ten list of anti-semitic tropes that people ought to be aware of. For each one, provide examples of the specific word choices that are problematic. Explain how you can talk about the topic without giving offense. Maybe provide a few examples of each. But keep it brief, no more than a couple hundred words per item.

(If anyone wants to do this for other marginalized groups, that would be great too. Remember to keep it short!)

Does this seem ridiculous? I don’t think so. I think there are lots of young people who haven’t immersed themselves in this stuff and who have never heard of some of these insults. And that’s a good thing. They haven’t heard them because they’re a lot less common than they were half a century ago. That’s progress, but it also causes problems when Jews naturally remain sensitive to things that non-Jews have largely never even heard of.

Anyone up for this?

POSTSCRIPT: This should be obvious, but nothing is ever obvious on the internet. So: I’m not talking about neo-Nazis or skinheads or Proud Boys or other varieties of flamboyant anti-semitism. They know what they’re doing, and they’re hardly subtle about it. I’m talking instead about anti-semitic tropes that a normal person could accidentally repeat out of genuine ignorance.