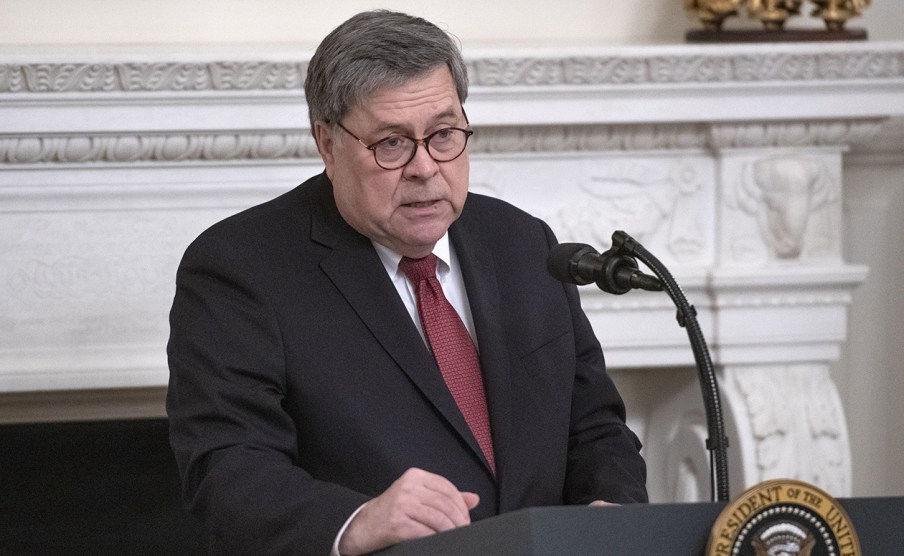 I’ll get tired of this eventually, but this is my daily reminder that we have no idea what’s really in the Mueller report. All we know is the little that Attorney General Barr decided to share with us. In case you’re wondering just how misleading Barr’s summary might be, while staying entirely truthful, I’ve written my own brief summary of the statement James Comey made at the end of the Hillary Clinton email investigation. Here it is:

As part of this investigation, the FBI gathered over 30,000 emails sent and received by Secretary Clinton using her private server. A “very small number” were marked classified at the time they were sent, all at low levels of classification. However, new agency reviews undertaken specifically for this investigation suggest that, in retrospect, an additional hundred of those 30,000 should have been considered classified at various levels at the time they were sent. FBI Director Comey determined that Secretary Clinton and her staff should not have transmitted those emails over an unclassified system and that they were careless to do so.

Director Comey’s report says it is possible that Secretary Clinton’s email server was hacked, but they found no evidence that this happened. Additionally, although the investigation uncovered some emails that had not been turned over to the State Department by Secretary Clinton, “we found no evidence that any of the additional work-related e-mails were intentionally deleted in an effort to conceal them.”

Director Comey said the FBI did not believe that Secretary Clinton or her staff intended to violate any classification laws. Director Comey recommended that no charges be filed, a judgment with which I concur. His report concludes that “no reasonable prosecutor would bring such a case.”

Comey’s full statement is here. Go ahead and compare. My summary is accurate and truthful, but it conspicuously omits some of the sentences that were most damaging to Clinton. For example:

I wrote this summary quickly, but I think it’s the kind of thing that could be defended as fair even as it emphasizes the good news and downplays the most damaging news. Likewise, my guess is that if and when we ever see the actual Mueller report, we’ll find plenty of statements that are extremely damaging to President Trump but that never found their way into Barr’s summary.

At this point, though, it’s looking like we’ll never see Mueller’s actual words. That’s bad for you and me, but good for Trump.