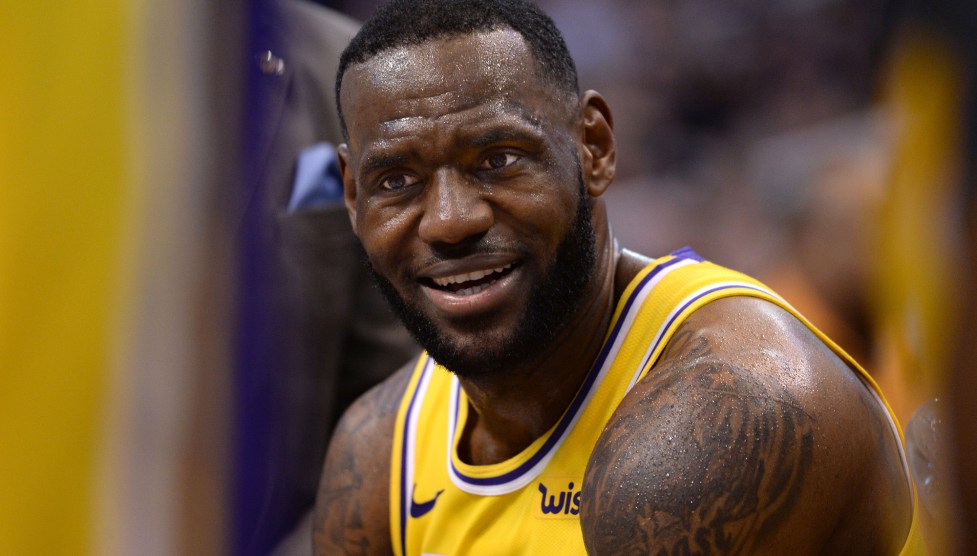 As a quick aside from Mueller-mania, Bob Somerby points out this remarkable sentence from a New York Times story about the great news coming out of a new school opened last year by LeBron James:

Nataylia Henry, a fourth grader, missed more than 50 days of school last year because she said she would rather sleep than face bullies at school. This year, her overall attendance rate is 80 percent.

Short of reporting the results in hexadecimal, I don’t think it would be possible to make it more difficult to figure out what this means. You could say that Nataylia missed 50 days of school last year and is on track to miss 36 days this year. Or you could say her attendance rate has gone from 72 percent last year to 80 percent so far this year. The problem, I guess, is that both of those constructions make it pretty obvious that (a) Nataylia is still missing a lot of school, and (b) her attendance rate is only a little better than last year. So her attendance was fudged to make it hard to figure that out. This is journalistic malpractice.

As Somerby points out, this sentence is part of a story that’s the latest example of an evergreen narrative in our nation’s newspapers: the credulous feel-good feature about an amazing new school that’s kicking ass among kids everyone else has given up on. But it’s especially egregious in this case because the new school is in its first year. The story is literally based on eight months of operation. The school also explicitly refuses to accept any kids in the bottom 10 percent. I think every elementary teacher in the country would sell their big toe to have the option of getting rid of their three or four slowest and most troublesome students. And even at that, it’s not clear if the school’s performance is all that remarkable:

Ninety percent met or exceeded individual growth goals in reading and math, outpacing their peers across the district….The students’ scores reflect their performance on the Measures of Academic Progress assessment, a nationally recognized test administered by NWEA, an evaluation association. In reading, where both classes had scored in the lowest, or first, percentile, third graders moved to the ninth percentile, and fourth graders to the 16th. In math, third graders jumped from the lowest percentile to the 18th, while fourth graders moved from the second percentile to the 30th.

I don’t quite get this. The story says that students were initially in the 10th to 25th percentile on their second-grade assessments, but the classes as a whole were in the first percentile? I guess that’s possible, but it seems a little unlikely. And even at that, their progress suggests only that they went from functionally illiterate to . . . slightly literate. That’s better than no progress, but still not a lot to hang this feel-good story on.

Unlike other schools connected to celebrities, I Promise is not a charter school run by a private operator but a public school operated by the district….The school’s $2 million budget is funded by the district, roughly the same amount per pupil that it spends in other schools. But Mr. James’s foundation has provided about $600,000 in financial support for additional teaching staff to help reduce class sizes, and an additional hour of after-school programming and tutors. The school is unusual in the resources and attention it devotes to parents, which educators consider a key to its success. Mr. James’s foundation covers the cost of all expenses in the school’s family resource center, which provides parents with G.E.D. preparation, work advice, health and legal services, and even a quarterly barbershop.

That’s—what? At least a 30 percent increase in the school’s budget, and probably more like 50 percent. In other words, replicating this performance would most likely require a 50 percent increase across the board in every other school for at-risk students. How likely is that?

If you read between the lines, here’s what you get:

Believe me when I say that I know how cynical this sounds. I’m sorry about that. But I don’t think anyone should be surprised about getting results like this from a program with this framework. Programs similar to this one have been started up before and have often shown promise, just as you’d expect. The problem is getting them to scale; getting them to work when you have to take all comers; and getting them to continue working over the long term. We have very few success stories like that.

I’d be thrilled if LeBron’s school works well and lots of poor kids are helped. And I think it’s great that he’s funding this stuff, regardless of whether it turns out to work. But it’s just crazy for the New York Times to give his school star treatment like this based on the thinnest possible evidence of success. American journalism should do better.