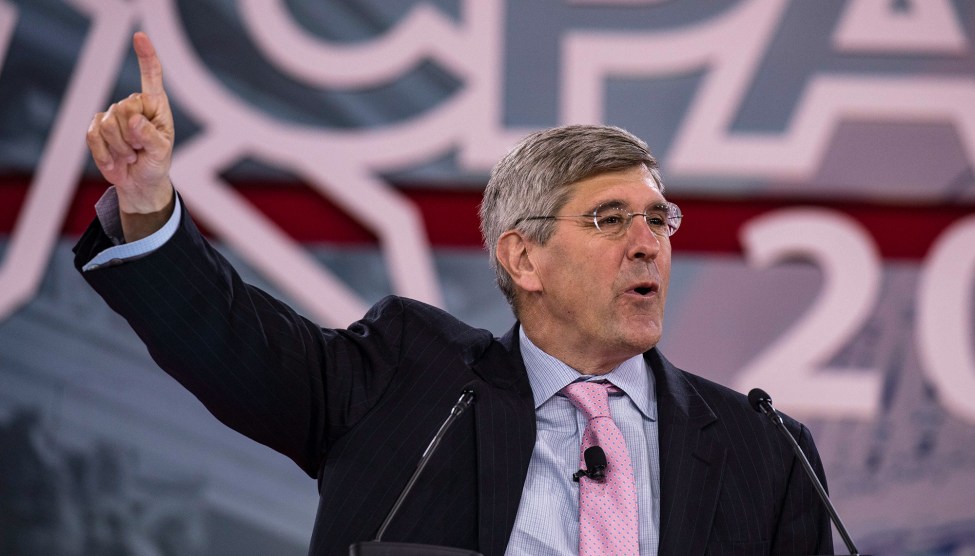 Herman Cain is already history and now Stephen Moore is close to following him:

President Trump’s plan to put ally Stephen Moore on the Federal Reserve Board appeared on the edge of failure on Tuesday, after one Republican Senator said she was “very unlikely” to vote for Moore and several others sharply criticized him.Sen. Joni Ernst (R-Iowa) became the first senator to go on record as a likely “no” vote.

….Beyond Ernst, three other female Republican senators — Susan Collins (Maine), Marsha Blackburn (Tenn.) and Shelley Moore Capito (W. Va.) — expressed serious concerns about Moore. They cited his comments saying there would be societal problems if men were not the breadwinners in the family, denouncing co-ed sports and saying female athletes do “inferior work” to men.

Look, if Moore fails to be confirmed, I’ll take the win no matter the reason. But are we really at the point where even massive incompetence and lack of qualification isn’t enough to get Republicans to stand up to Donald Trump? Instead we have to waste our time digging up troglodyte comments about women?

There’s no need to answer. It was a rhetorical question. And I have another one: are there any Republican men who object to Moore’s views about women?

No need to answer that either.

POSTSCRIPT: So what will be Trump’s revenge? Nominating Ivanka to the Fed? Or maybe Oliver North?