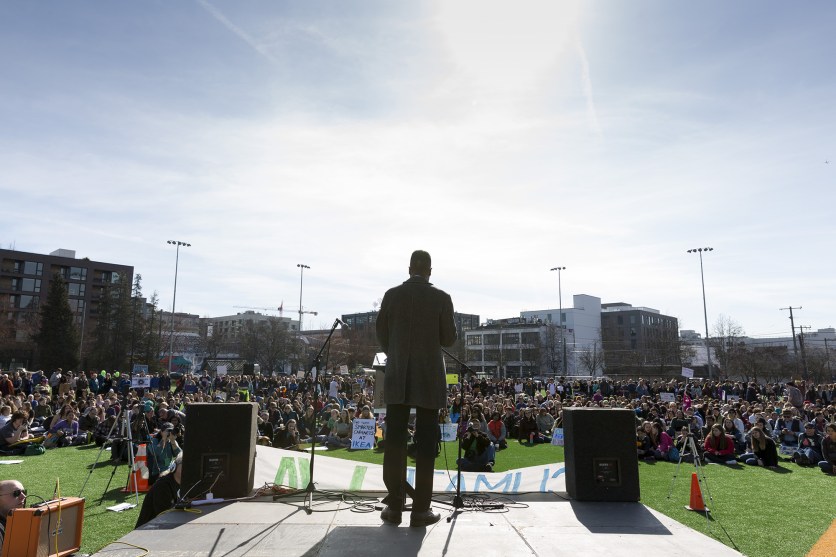 A friend of mine texted recently to say that he was worried about Democrats holding a purity contest during the upcoming primaries. “If Medicare for All is a litmus test for the Democratic nomination, Trump will win a 2nd term.”

But I do have a related worry. The Trump folks recently told a few reporters that they were eager to run on health care in 2020, but it’s pretty obvious that they aren’t going to do that. They’re going to run on Trump’s usual calling card of the brown hordes from Mexico, the brown hordes from Muslimstan, and assorted other appeals to racism and kulturkampf. This is what Trump does. He doesn’t have any other game plan.

And I’m OK with that. As I argued at greater length last year, I believe that Trump’s victory in 2016 was a fluke. Eight years of a black president produced a backlash among working-class whites, and this was enough (along with Comey, the Russians, etc.) to pave the way for Trump to win. By 2020, however, white racial resentment is likely to be back to its normal level, and this means Democrats can talk about racial tolerance and related issues without worrying that they’re losing a big chunk of the vote along the way. Over the past couple of years, Trump’s ever louder appeals to white racism have become a net negative, as we all saw in the 2018 midterms. Polling evidence backs this up.

There’s a way this could become a net negative for Democrats, and that’s if it becomes a purity test during the primaries. We’ve already seen signs of this in the bandwagon support for reparations, a racial issue that’s decidedly not popular:

Even among college-educated whites, who are among the strongest supporters of racial equality, reparations are hugely unpopular. Among the white working class, it’s even worse. So what happens if a purity contest breaks out, and candidates are no longer allowed to fudge around by saying they support baby bonds or universal safety-net programs as “reparations”? What happens if they feel forced to flat-out support cash reparations? Donald Trump would laugh all the way to a second term, that’s what.

I chose reparations as an example because it’s been in the news lately, but there are plenty of others. Liberal social views, it turns out, are generally popular and there’s no reason for Democratic candidates to avoid them. But the extreme versions of those social views aren’t especially popular, and Trump could make a lot of hay out of them. The answer, of course, is for Dems to stay kind of vague on the tricky wedge issues, but this will work only if they’re allowed to stay vague. If the purity police start to demand support on unpopular issues rather than popular ones, it’s entirely possible that white backlash will increase again and we’ll see a rerun of 2016.

Everyone has to decide for themselves where they stand on issues like this. Reparations are an easy one for me since I don’t support them in the first place. It’s a lot harder if you do support reparations but understand that it’s a huge electoral negative. I’d suggest letting it lie. Conversely, you might believe that this is what you’re told every year, and it’s time to finally make a stand. But if you do, be sure to do it with your eyes wide open.