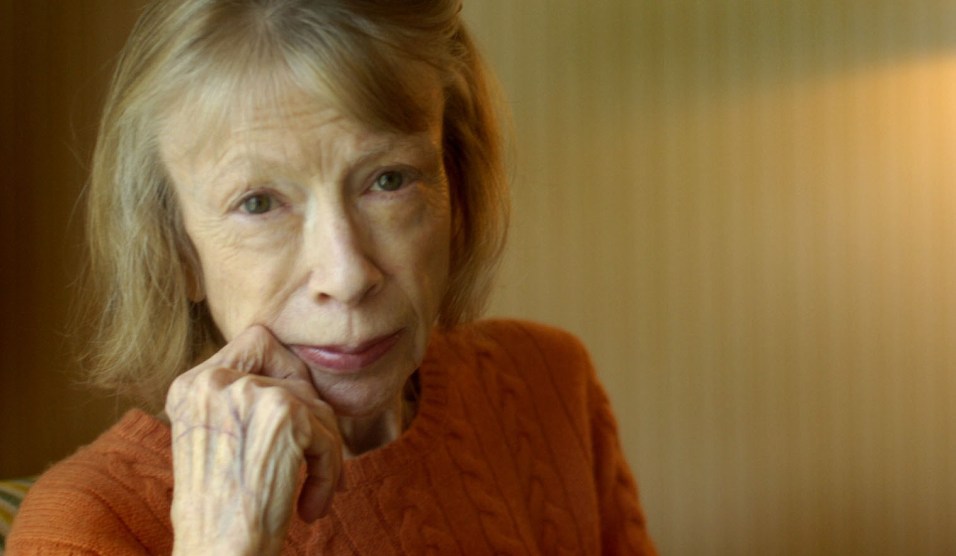 For some reason, a few days ago I started musing about which people best represented California in various endeavors. That is, not which people did the most or were the most influential, but the ones who make you go “Ah, yes, California!” when you hear their names.

But what about nonfiction essayists? There are a bunch of candidates, but I’d most likely choose Joan Didion. And yet, I’ve never read any Joan Didion. So I decided to do that. And I was surprised.

What surprised me was how uninsightful her essays were. I started with The White Album, written in the ’70s, and most of the pieces struck me as little more than well-crafted book reports. The Getty museum is controversial. Diamond lanes are clogging up the Santa Monica Freeway. Water is important to California farmers. Random folks in LA do ordinary, random stuff. There’s no serious reporting in any of them and nothing that goes more than an inch beneath the surface. Even when Didion has a chance to talk to people and learn something that might not be obvious, she foregoes it.

All of this is gussied up with absurdly melodramatic descriptions of ordinary life. After a few days in hot, humid Cartagena, for example, she decides she has to go to Bogotá. She just has to go:

Maybe that is the one true way to see Bogotá, to have it float in the mind until the need for it is visceral, for the whole history of the place has been to seem a mirage, a delusion on the high savannah, its gold and its emeralds unattainable, inaccessible, its isolation so splendid and unthinkable that the very existence of a city astonishes.

This was written in 1974, at which point Bogotá was 400 years old and had a population of over 3 million. And it’s not just Bogotá. In shopping malls, “one moves for a while in an aqueous suspension not only of light but of judgment, not only of judgment but of ‘personality.’ ” Hoover Dam would someday be “a dynamo finally free of man, splendid at last in its absolute isolation, transmitting power and releasing water to a world where no one is.” Also: migraines are bad, Hollywood accounting is weird, and Doris Lessing is sort of didactic.

I could have saved myself some of my surprise if I’d read Slouching Toward Bethlehem first. In the preface, she tells us all about herself: “I am bad at interviewing people. I avoid situations in which I have to talk to anyone’s press agent. I do not like to make telephone calls, and would not like to count the mornings I have sat on some Best Western motel bed somewhere and tried to force myself to put through the call to the assistant district attorney.”

And that’s not the half of it. For a profile of John Wayne, she actually does conduct an interview: she and her husband have dinner with Wayne and his wife. But if she gained even a scintilla of insight during that dinner, it never made its way into print. Instead, after a few drinks, we get this: “And then something happened. Suddenly the room seemed suffused with the dream, and I could not think why. Three men appeared out of nowhere, playing guitars. Pilar Wayne leaned slightly forward, and John Wayne lifted his glass almost imperceptibly toward her.”

I wouldn’t mind the purple prose so much if there were some real meat underneath. And some of the essays are fine. The title piece of Slouching Toward Bethlehem is pretty good, though its one note doesn’t really sustain its length. There’s a piece on Joan Baez that’s interesting (and one on Howard Hughes that isn’t), and a nice, short meditation on Georgia O’Keefe. And there are bits and pieces strewn around that are worth reading.

But overall? It’s a veneer of craftsmanship hiding an almost total lack of substance. And that surprised me. Based on Didion’s reputation, I expected more.

Why bring up a couple of books that are half a century old just to gripe about them? No reason, really, except that I happened to have read them this week. And if Joan Didion is no longer on my list as the best representative of California essayists, who should it be? Carey McWilliams? Rebecca Solnit? Mike Davis? No one?